This year’s winner of the prestigious Sports Personality of the Year Award went to Brad Singleton.  Brad, from Barrow-in-Furness, won everything possible in the domestic club game in 2015, winning the treble as part of the Leeds Rhino’s machine that dominated the English game.

He helped the Rhinos win the Super League, the Challenge Cup where he scored a try in the 50-0 win over Hull KR, and capped off a remarkable season by beating Wigan 22-20 in a great final at Old Trafford.

Nick Miller picked up Cumbria Performance of the Year 2015.  Nick had yet another outstanding year in his sport of athletics. He is the reigning British Hammer Champion, the reigning European Under 23 Champion, and he qualified to represent Great Britain at the World Championships in Beijing held earlier this year, gaining a final position of 11th the best ever finish for a UK male hammer thrower.

But it was his throw at the Karlstad Grand Prix meeting in Sweden in July that Nick achieved the performance of the year, he registered a throw of 77.54m, beating by 1cm a record of 77.54m which had been held by Martin Girvan, which had stood for 31 years.

The Special Award was awarded to Barry Johnson. He is the fitness trainer for a number of M-Sport drivers, as well as for a group of around 18 national, and international athletes, motocross riders, triathletes, and road cyclists. He also runs a junior fitness training academy for talented youngsters aged 11-17 years.

Barry celebrated his 75th birthday earlier this year, which saw him complete a week-long series of endurance activities.

The winner of the Service to Sport Award went to Jeff Simm from Hawcoat Park Sports Club, Barrow-in-Furness. A member of Vickers Sports Club, now known as Hawcoat Park for 50 years, Jeff was involved in a number of roles.

A Rugby Union player, club captain and the only player to ever gain full county honours from the club, then highly successful club coach, RFU coach mentor and County Coach and well as working in local schools teaching them the skills of the game.

The winner of the Young Sports Leader of the Year Award went to Charlotte Cousins. Charlotte comes from Penrith and has been leading in the world of football in her local area. She is a qualified referee, and has been officiating in the local junior girls league for many years. She also supports the Eden Ability Counts Mencap FC with their weekly training sessions. She led the development of a number of additional disability football sessions for young people in the Eden area during this time. She is a great role model, and has developed a wide skill set which enables her to turn her hand to any area of officiating or volunteering. She is described as a wonderful credit to the game.

Suzanne Boyle from Walney Windcheetahs Running Group was awarded Volunteer of the Year Award. Suzanne started her involvement in 2011 when she attended the running group. She enjoyed this so much that she undertook a Run Leader course in 2012, which further fueled her enthusiasm for the club and running.

Suzanne was influential in creating the ‘Cubs’ section for juniors, and has led this to become a hugely important part of the sporting offer for young people on Walney, her friendly, approachable style and dedication to the task mark her out as a truly inspirational volunteer. She continues to enter half and full marathons to raise money for charity, and continues to ensure the Wind Cheetahs remain a hugely successful running group.

Paul McKenny, was named Cumbria’s Coach of the Year for 2015.  Paul comes from Ulverston, and is working hard to develop athletes in his sport of Triathlon. A British Triathlon Level 2 Coach, has been supporting athletes at the club from beginner level through to Iron Man standard, increasing the numbers of high performing triathletes coming through the Ulverston Tri Club in the last year.

The Tri Club can now boast a clutch of athletes who are representing their country at various age groups and disciplines of triathlon, and this is down in no small part to the coaching, support, advice and guidance provided by Paul.

The winner of Community Group of the Year went to Penrith Golf Club. Who this year are celebrating their 125th anniversary, have used this landmark to really push on and move the club forward, so that it is fit for purpose and thriving, hopefully for the next 125 years! They have become the first golf club in the north west to achieve the new higher level Golfmark accreditation, which, through the efforts of the club committee and professional staff has involved a major drive to recruit new junior, disabled and full members. They are using a range of programmes designed by England Golf, and the Golf Roots Foundation, and have adopted a true partnership working ethos to drive their success.

To further support this ambition, the club have embarked upon a range of new facility developments, including a 3 hole practice course, and they are planning for the introduction of a shorter 9 hole course in the near future.

They have created links with many different organisations over the last 12 months to grow the game in their area, and are making excellent progress.

The winner of the Performance Award for People with a Disability went to Jake Brown from Barrow. Jake is very firmly established as a key member of the England Cerebral Palsy Squad. This year he represented England at the CP World Championships, scoring 4 times to help England to victories over USA, Japan, and Republic of Ireland, with their only defeats coming against finalists Ukraine, and eventual World Champions Russia. He is now training hard to gain selection for the GB Paralympic CP Squad for Rio next year.

They demolished Oxfordshire inside two-days, winning by 10 wickets in what was supposed to be a four day match, to claim the minor counties championships for only the third time in their history.

They have played their way through local, county, and regional qualifying events, and  took their place at the national finals of the Danone Small Schools Cup, held at Lilleshall National Sports Centre.

After a tough group stage, the team found themselves in the semi-finals, where they played a team from Dorset, eventually winning 2-0. This set up a final against Broughton and Dunkirk School, a team that had already beaten them in the group stages.

Revenge was sweet, and a hard fought 1-0 win ensured that they were crowned national champions.

Five Rising Star Awards were made to talented athletes who have demonstrated their potential through their achievements during the last year.

The first Rising Star was awarded to Joe Connelly who is a champion in two sports, athletics and rugby union, and hails from Penrith.

In June, he was crowned English Schools Under 15 Pentathlon Champion, being the only competitor to score over 3000 points, he will now represent England in an International fixture next month. At the County Schools Championships he broke a 39 year old county record by clocking a time of 11.3 seconds in the 80 meter hurdles.

He is also a highly skilled rugby union player, and is a member of Newcastle Falcons Rugby Union Academy, and has also been selected for the England Under 18 Elite Rugby Development programme. He has a great future ahead of hm.

The second Rising Star went to Olivia Mason from Workington who is excelling in the world of Athletics. She has had a fantastic 2015 which started with the cross country season, where she was crowned county and regional champion, and then followed this up with further victories in the English Schools Championships, and also the UK Inter Counties Championships, giving her a clean sweep of titles in the under 13 age group. On the track, she has smashed PB’s in both the 800 meter and 1500 meter events during the summer, and finished 5th in the finals of both the English Schools 800 meters Final and the AAA’s 800 meter finals, competing against girls a full year older than her.

She also gained her first England vest during the season, finishing 7th in an international match in Dublin.

Millie travels to London every two weeks for national squad training, and this year played for England against Sweden, and Ireland. This led to her selection for England in the Under 16 European Championships in Portugal, where she played against the best teams in Europe. Her performances have resulted in her selection for the provisional England Under 18 Squad for next season.

The fourth Rising Star award went to Caitlin Whitehead who comes from Kendal and is excelling in Golf. Aged 13, she has this season reduced her handicap from 6 down to 2, and along the way has achieved some memorable achievements.

As a result of her winning the county championships, she had the honour of leading out the County team in matches against Yorkshire, Lancashire, Northumberland, Cheshire and Durham, playing against their best players on each occasion.

The fifth rising star went to Adam Goad, from the world of Squash. He is the first Cumbrian boy to win a national title when he became the Under 13 English Champion following a fine 3-2 victory over his long-time rival from Yorkshire, Sam Todd. He was also selected to play for England in the five nations championships, where he helped the team to victory. He was runner up in the British Closed Championships, and played number one for the Cumbria Team that won the national championships.

Georgia Stanway from the world of football was named Junior Sports Personality of the Year.  Georgia has come a long way since cutting her teeth in the local leagues playing in the south of Cumbria, her potential had been spotted and she was a member of Blackburn Rovers FC Academy for a number of years, where last season she scored 35 goals in 15 games. This recently led to a dream move to Manchester City, and is now a regular in their FA Women’s Super League Team. She is the current captain of the England Under 17 Team, and recently scored 5 goals in a European Championships Qualifier against Croatia.

The Be Inspired Award went to Gary Lamb. The winner of this award demonstrates that they are promoting the Olympic values of excellence, friendship and respect, and the Paralympic values of courage, determination, inspiration and equality and Gary certainly shows these qualities in abundance!

In September 2013, he found himself homeless, and moved into supported accommodation in Penrith, at the time he was undergoing lots of personal challenges, and life was tough, however, he was motivated to do something about the situation he found himself in, and wanted to change things around.  He started to attend circuit training sessions at Eden Foyer in Penrith, and quickly found he really enjoyed fitness.  He took up volunteering in the gym, and later that year he undertook some intense fitness training funded by the Foyer Foundation and Cumbria Youth Alliance, which resulted in him achieving a Level 3 Fitness Instructor qualification.

With his new found confidence, he then decided to spread his wings, and successfully applied for the job of fitness instructor at The Oval Centre in Workington, another massive change in his life, but one he has grasped with both hands.  Since our winner moved to Workington, the gym has gone from strength to strength, with over 100 new members, all inspired by his enthusiasm and committment to his work.  The gym has also purchased new equipment to cope with the additonal demand.

His manager at the gym said, "he has changed the ethos of our gym, so whatever the ability, age or confidence, people feel like they can achieve".

His story is not yet finished, and he continues to engage more and more people young and old to be more physically active through his work. 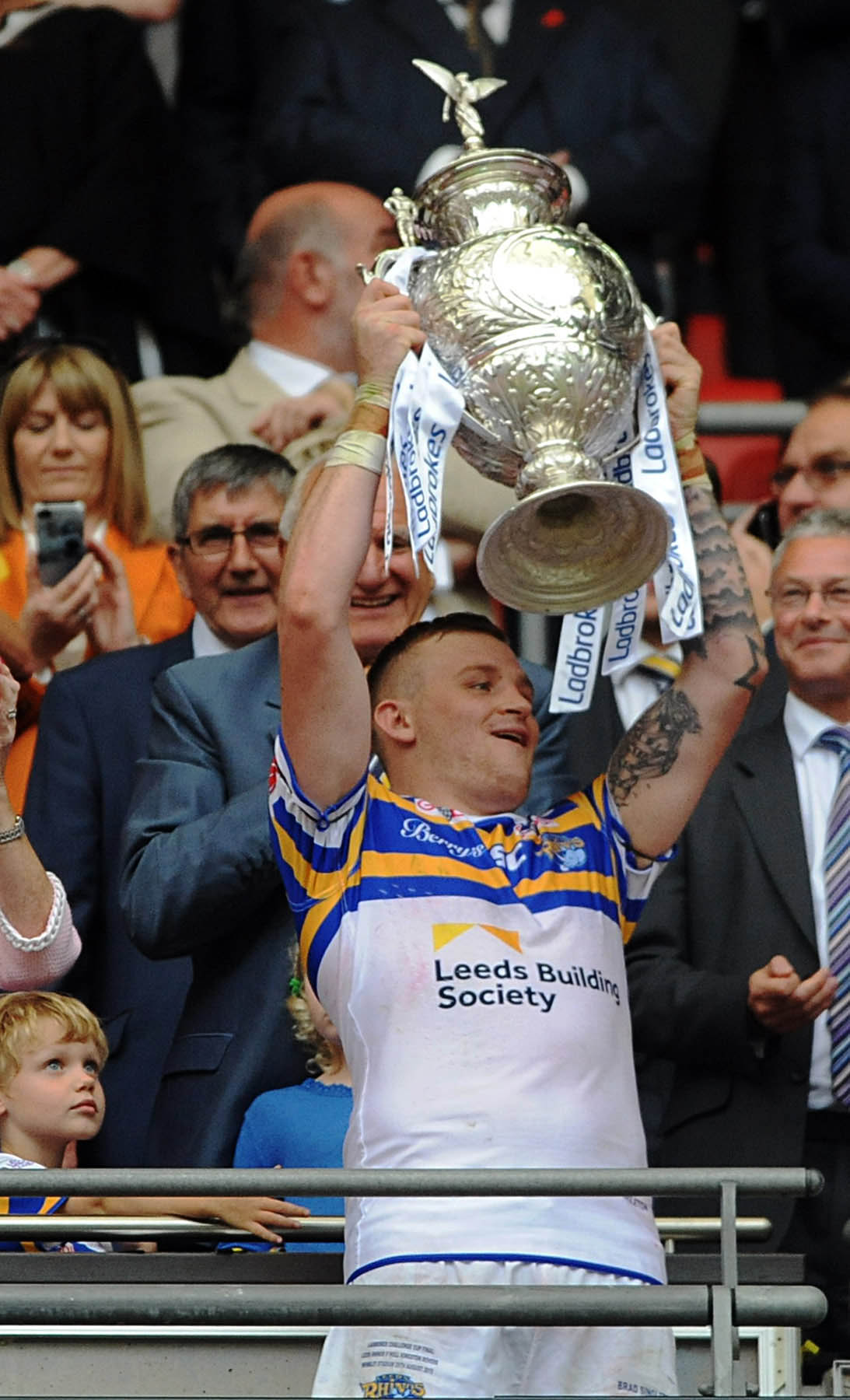 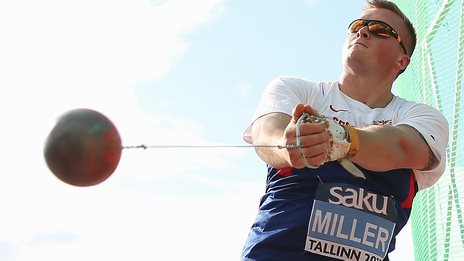 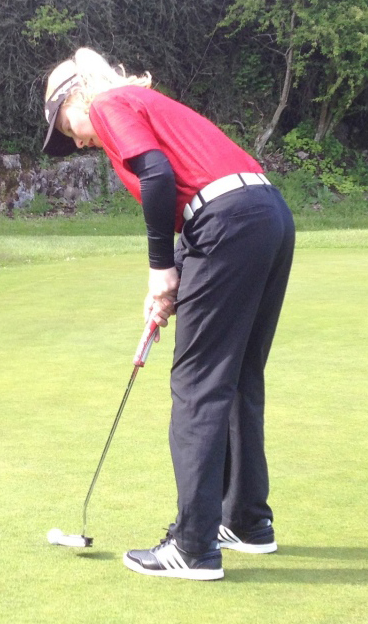 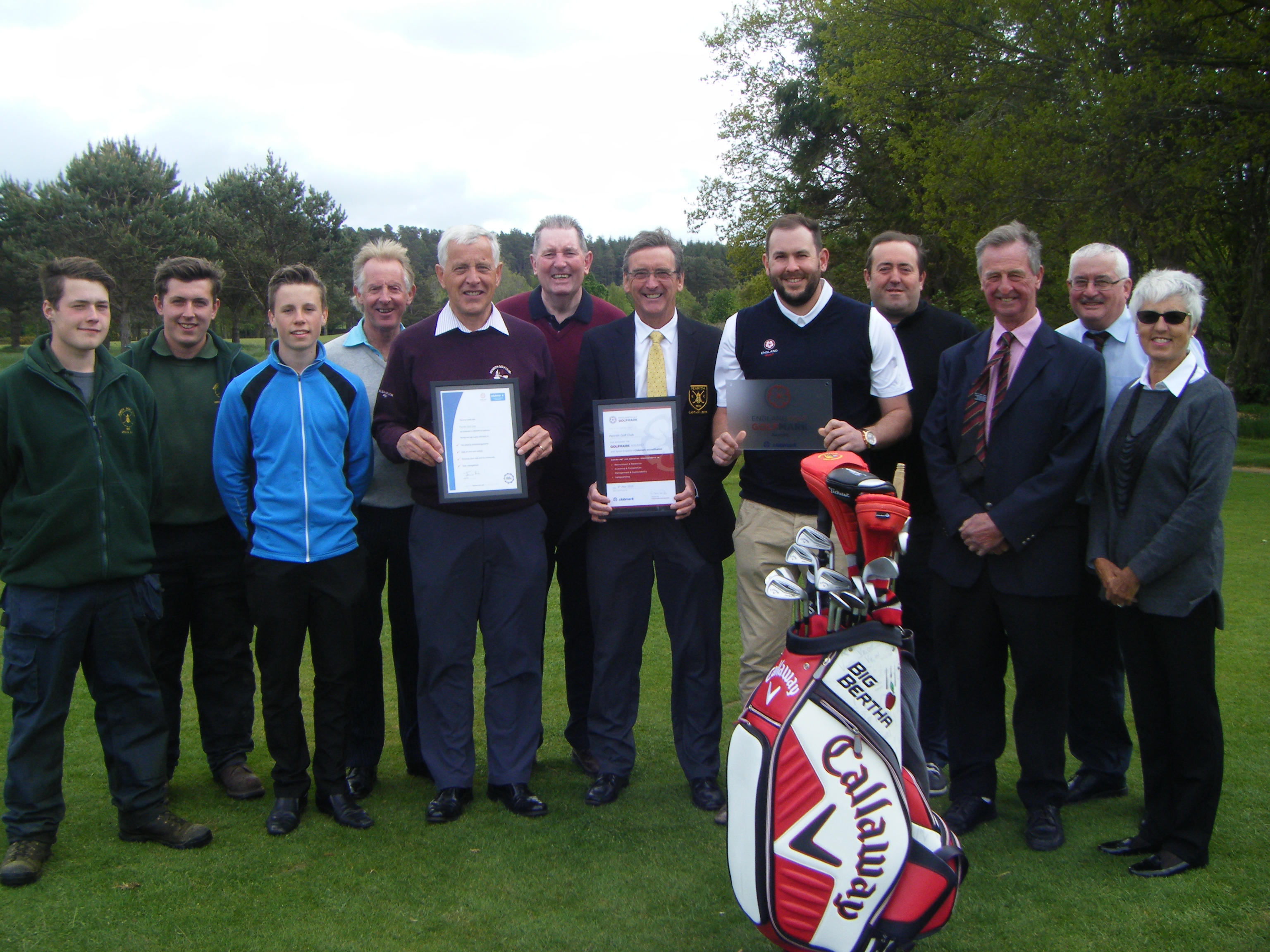 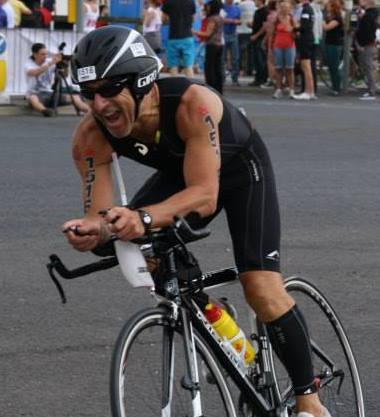 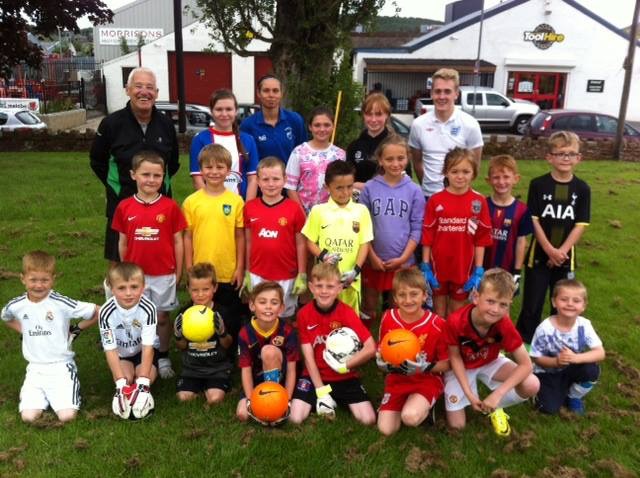 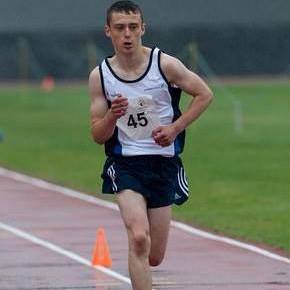 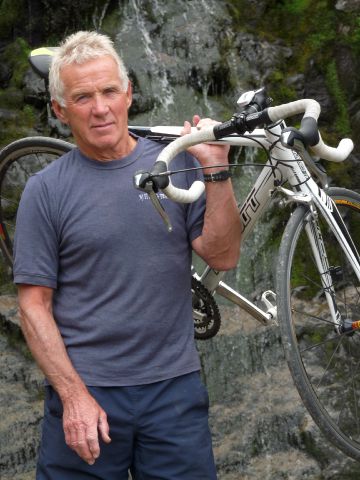 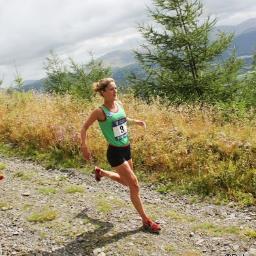 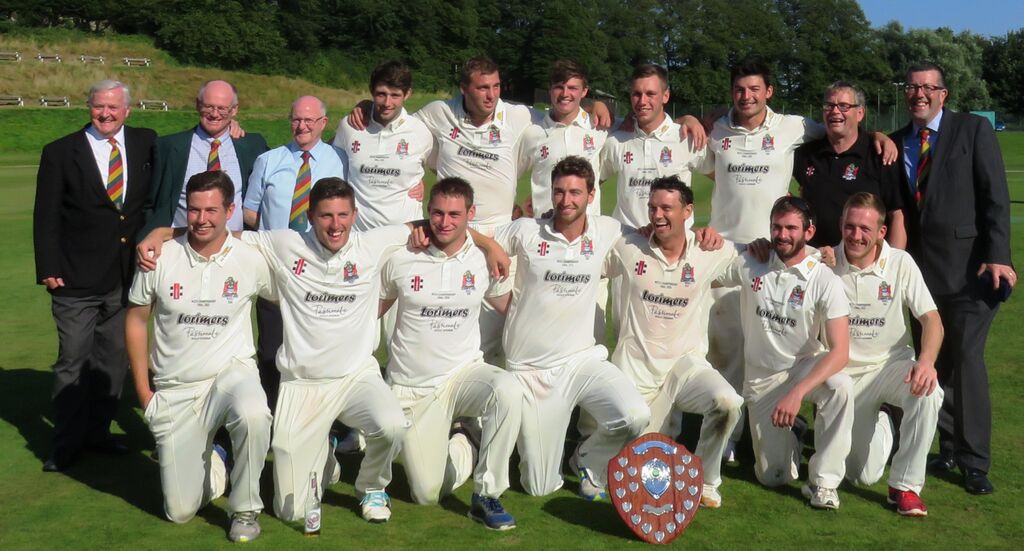 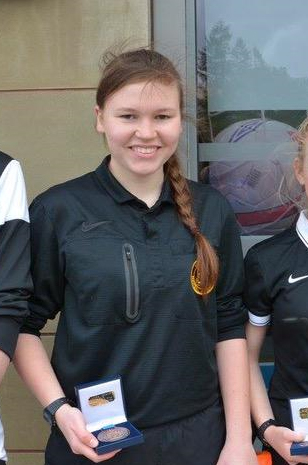 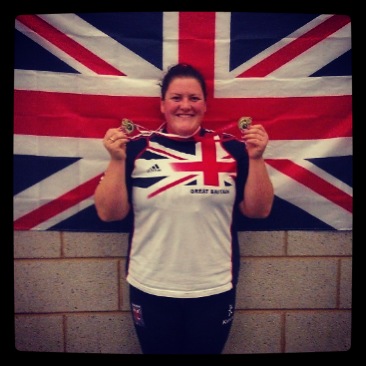 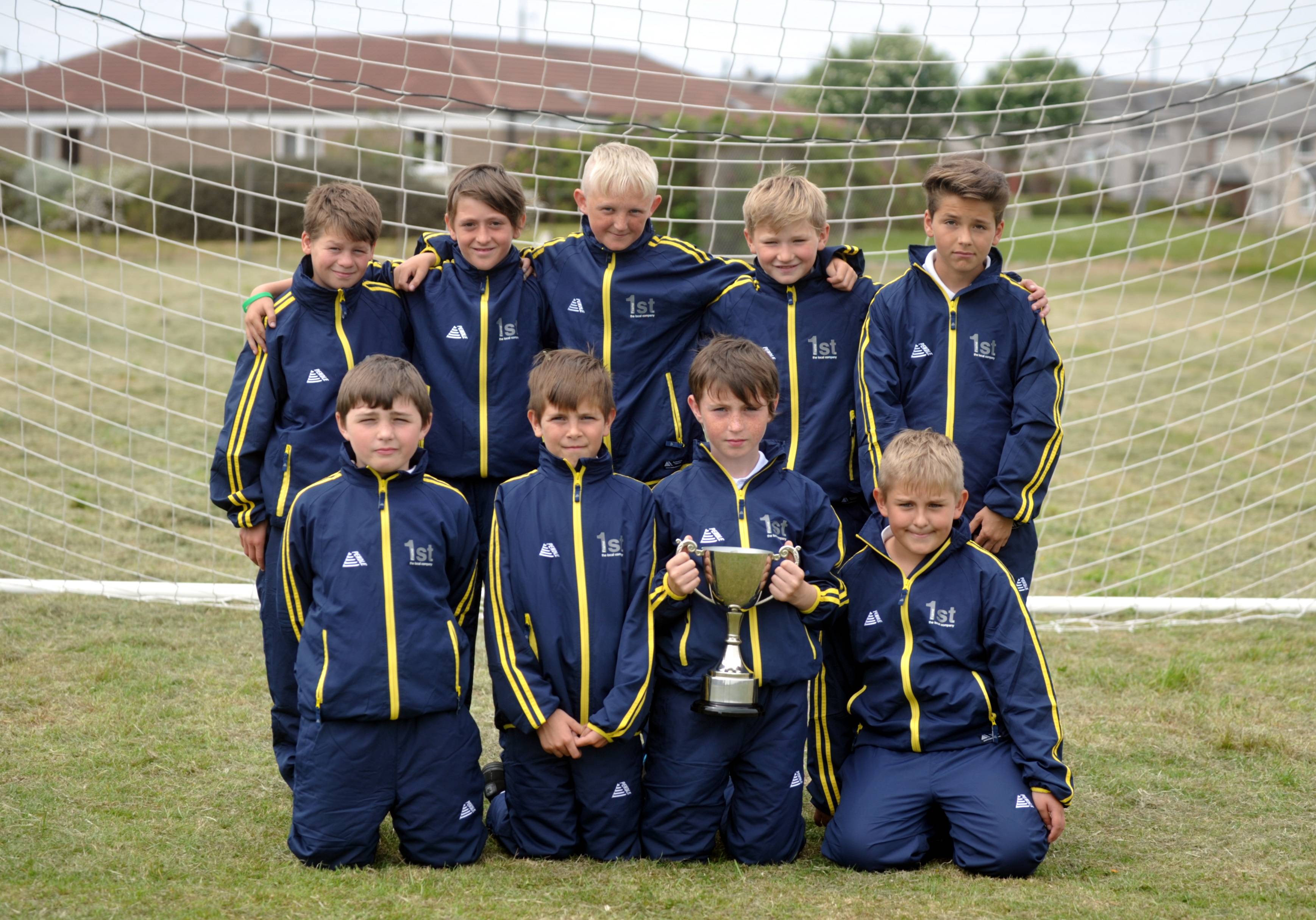 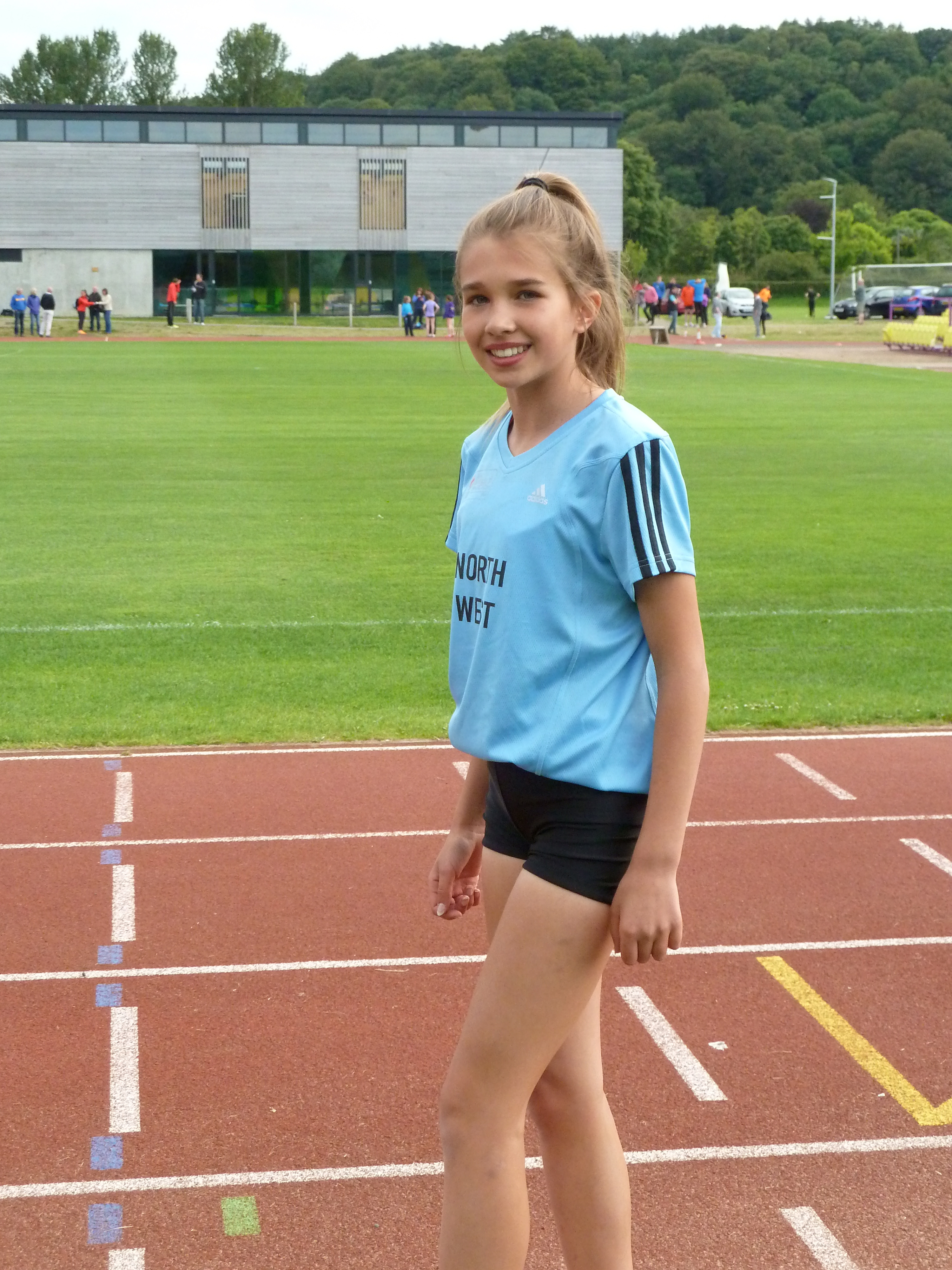 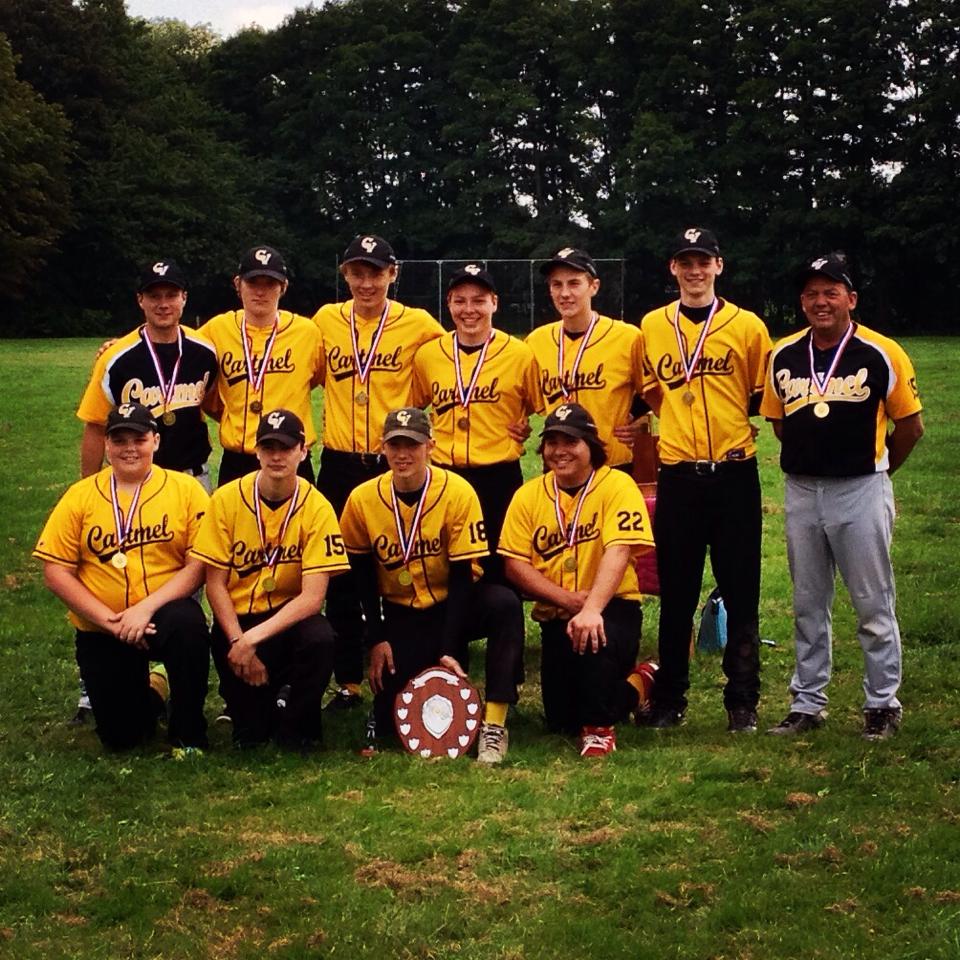 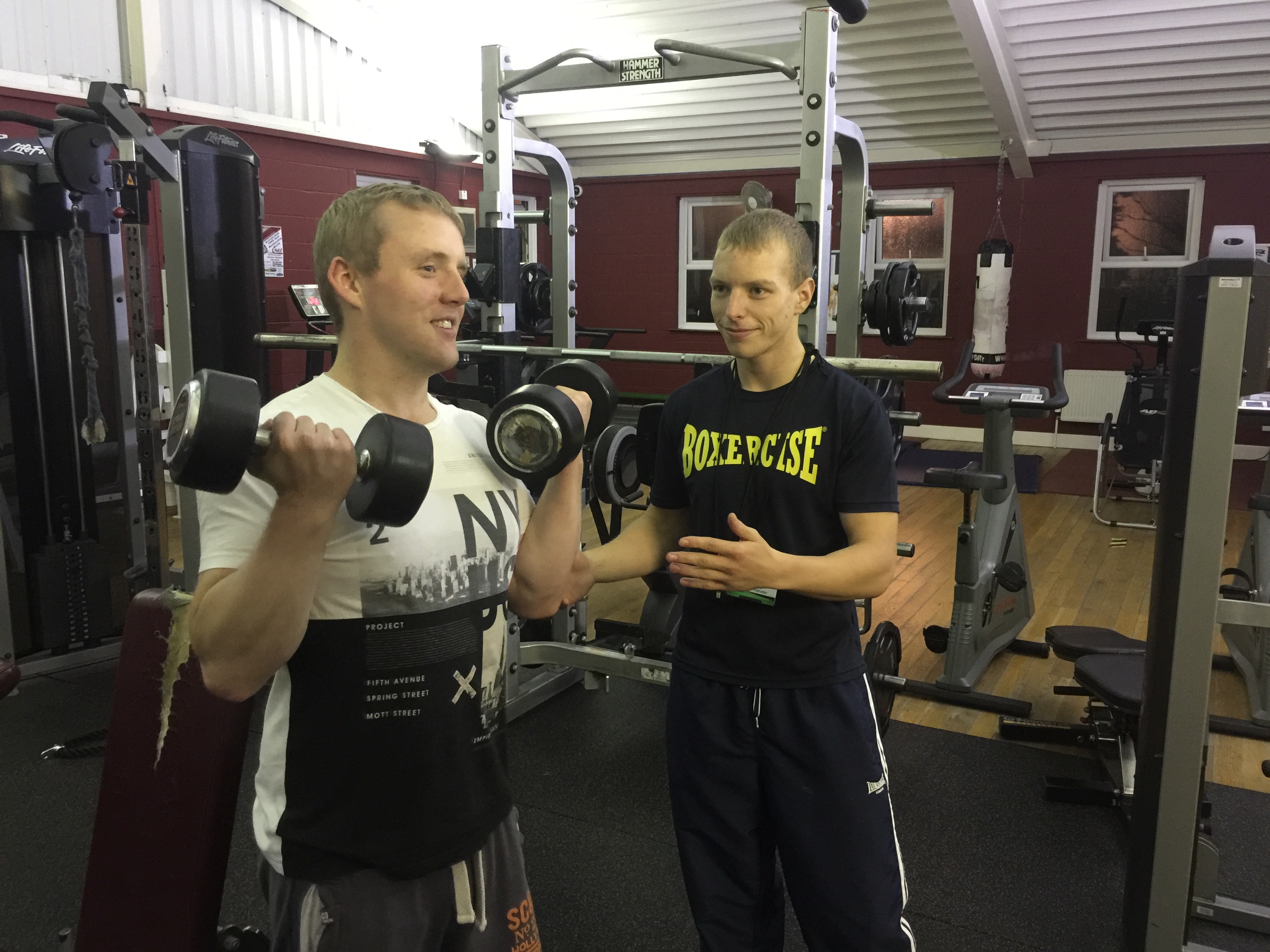 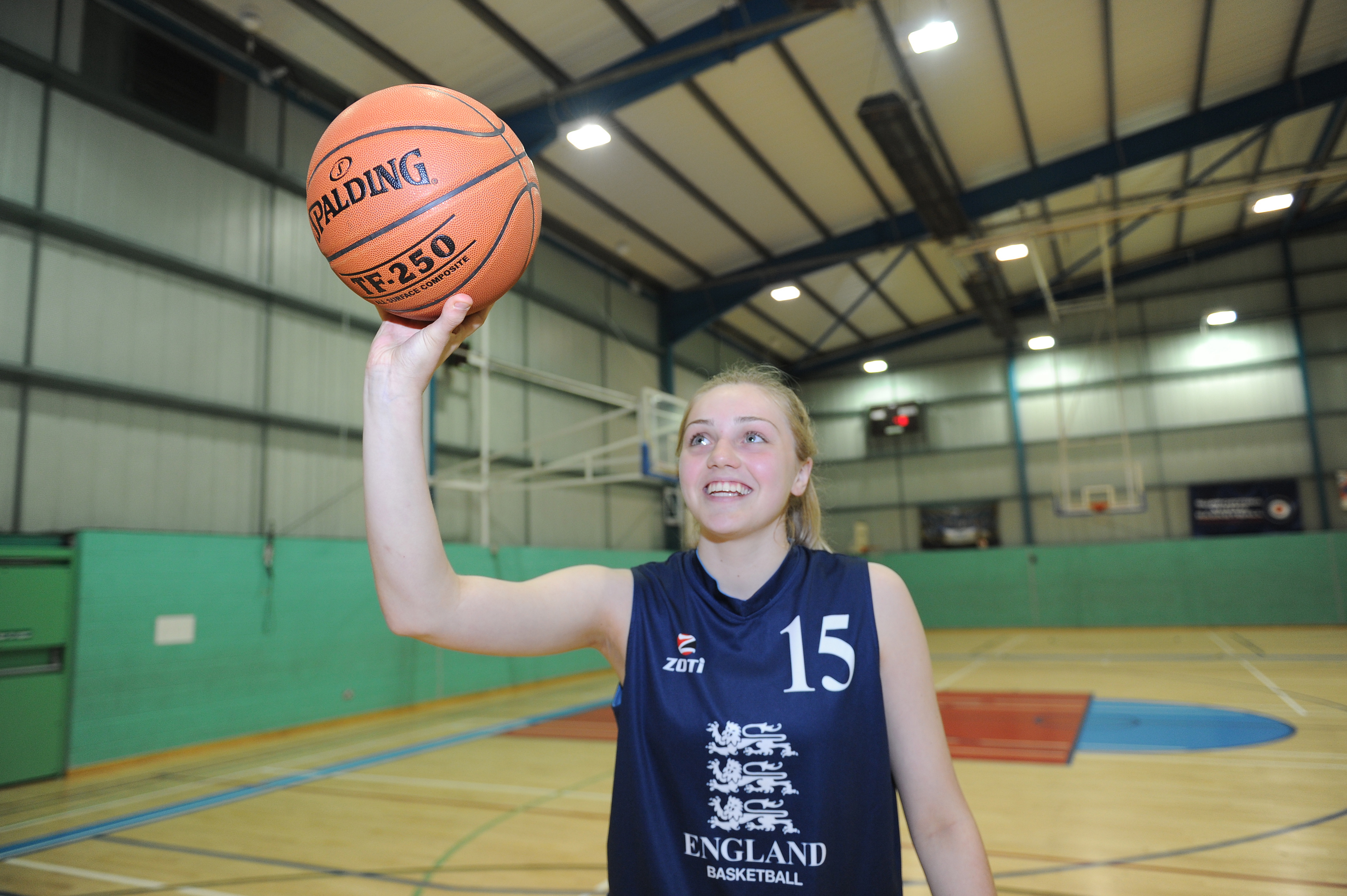 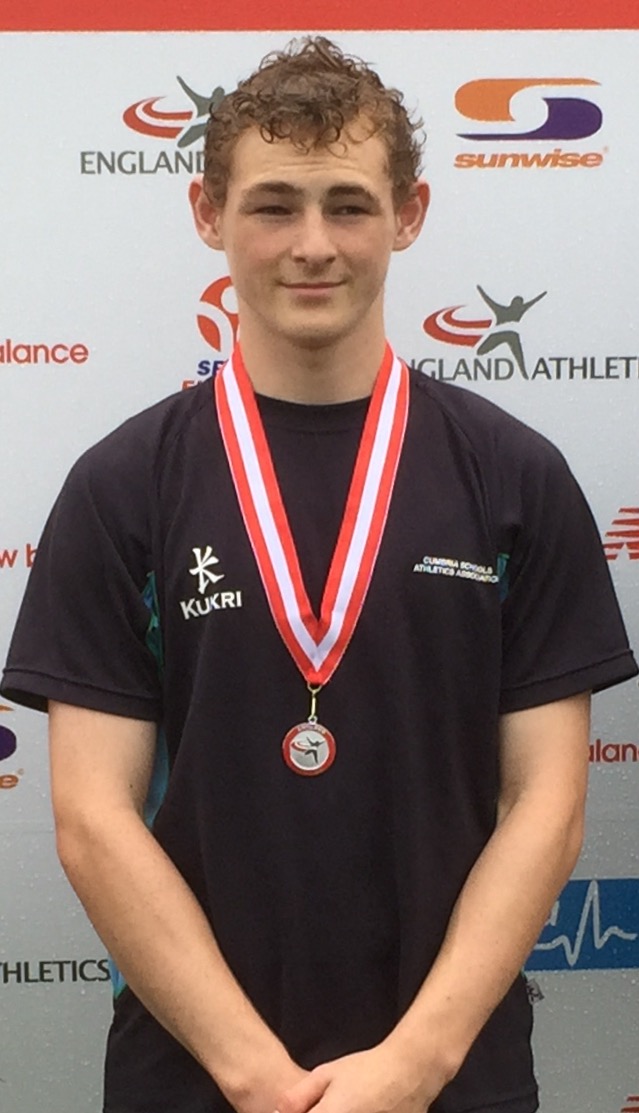 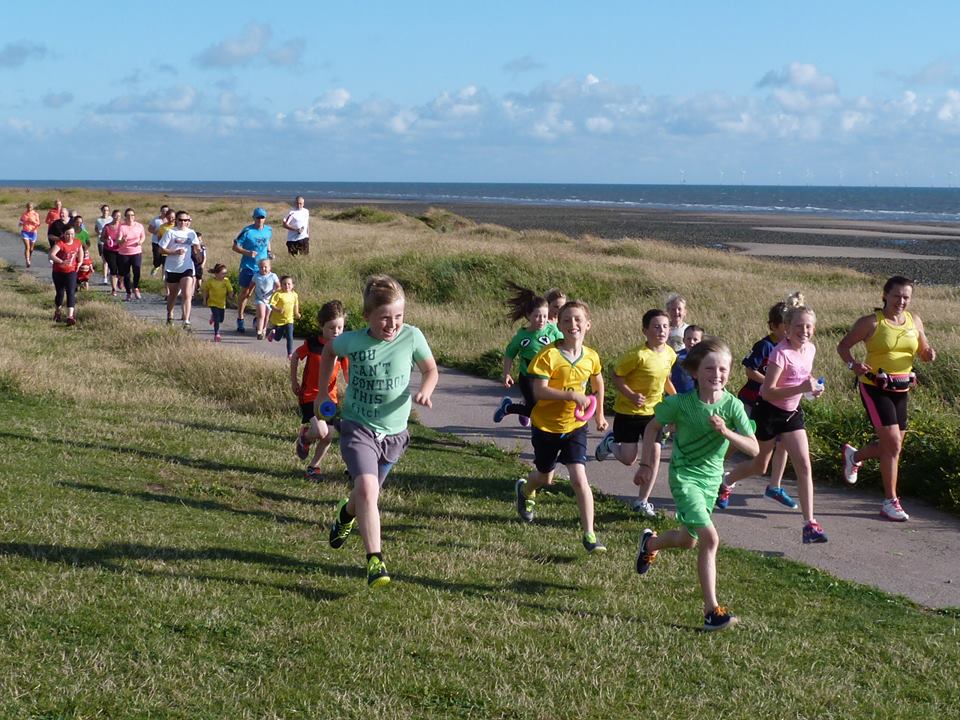 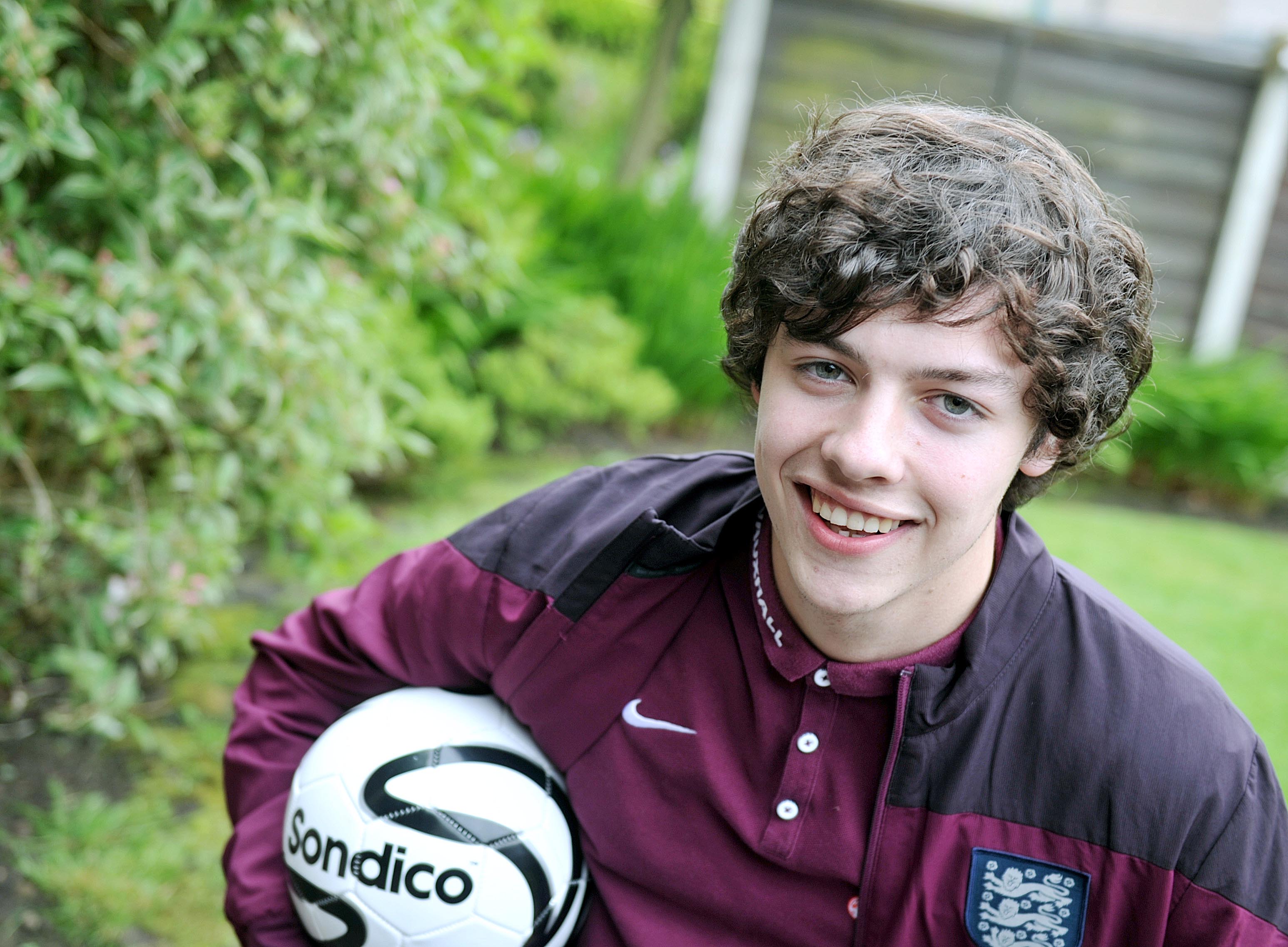 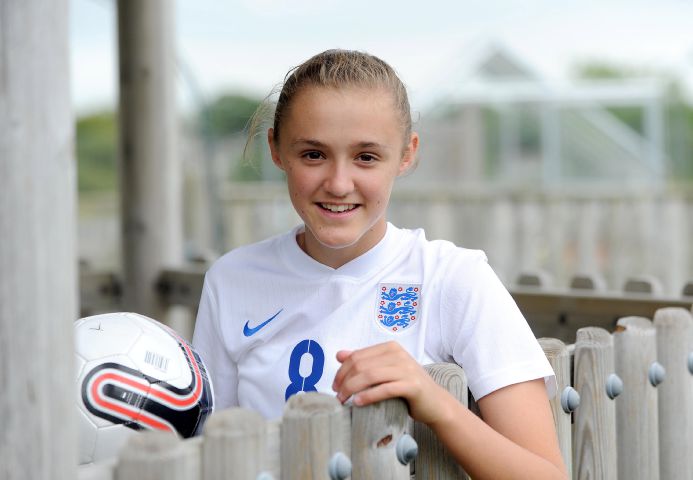 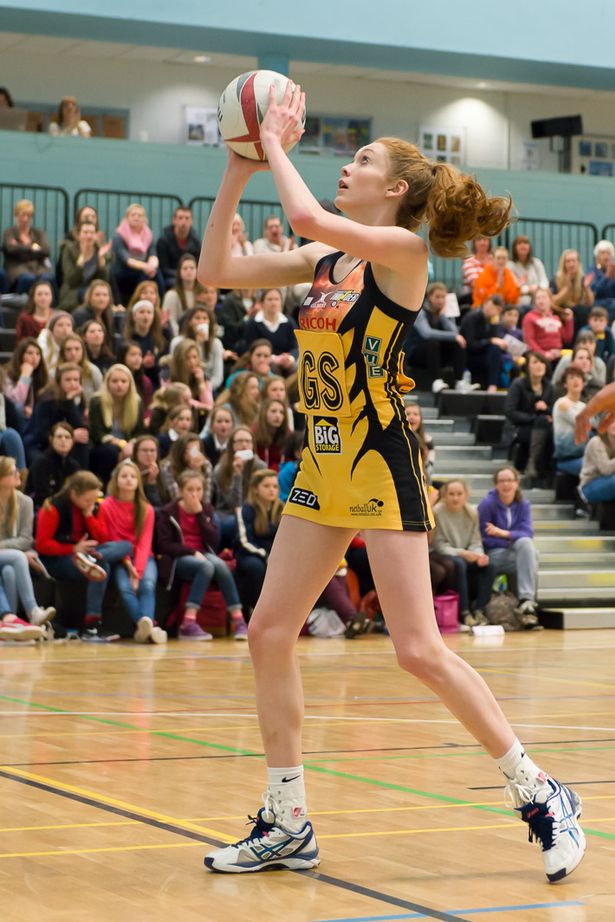 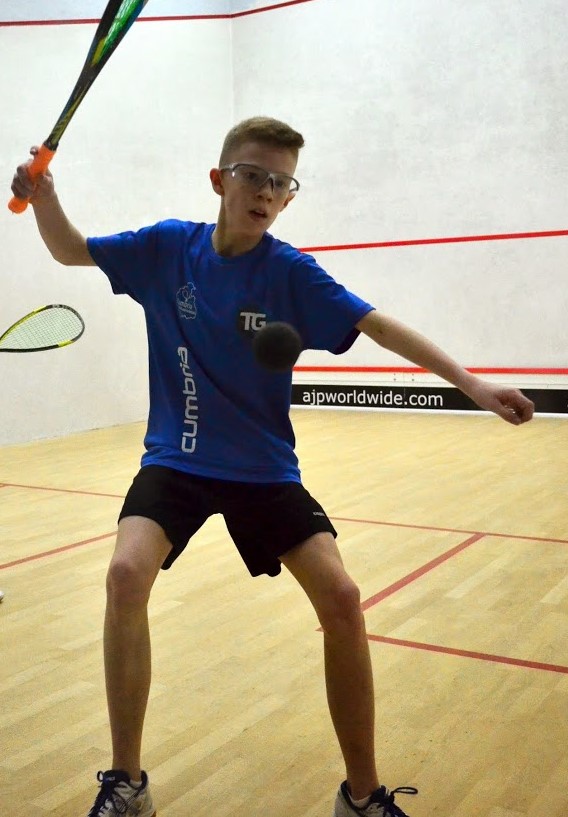