Working with local fitness instructors and coaches, Cando FM created a series of inclusive exercise routines, in a “Joe Wick” style, all filmed throughout the borough. The content was broadcast in audio format on the CANDO radio with simultaneous video & audio across social media platforms.

Instructors were encouraged to interact on social media with people who have been or are considering participation in the exercises to chat about benefits, the experiences of the participants and the videos. As the project progressed, there was opportunity to inform the design of exercise routines through the participant’s requests. Adding another element of interaction to the programme.

The programme also featured in the daily radio interviews and the instructors were able to work together as a team. This has led to a What’s App group and the sharing of ideas. Some of the instructors have now completed the Health Champion training,which allows them to hold better Health Conversations with participants.

One of the instructors - Louise has now gone on to become a regular presenter on the radio station and has recently interviewed Eddie Izzard. 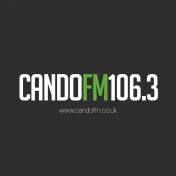 The content created is available FREE online to all local residents