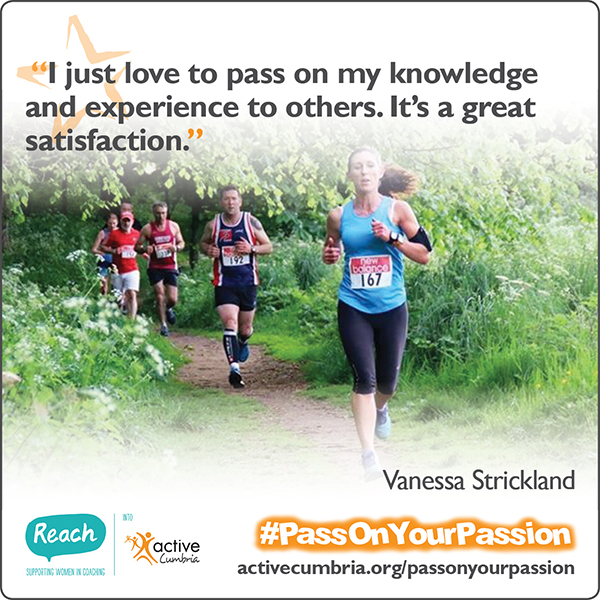 Pass on Your Passion is a campaign which celebrates the brilliant female coaches we already have within our area and asks them to “pass on their passion” for coaching to the next generation.

Following a pilot delivered by Greater Sport in Manchester last October, the County Sports Partnerships in the North are adopting the campaign and taking it across the whole of the North region.

We are using the term COACH in its widest sense to include instructors, activators, motivators. Anyone who shows that leadership and passion to get and keep more females engaged in sport and physical activity. We aim to reward, recruit and retain the female workforce.

We asked people to nominate female coaches who inspire them, their friends or family to take part in sport.

We had over 100 nominations, 60 of these were sent a baton to pass onto someone who they think will make a good coach, symbolically passing on their passion to someone else.

#PassOnYourPassion went on tour in Cumbria on the 2nd - 9th July.

Each CSP in the North will have a week where we run round our counties with a giant inflatable “baton” as a symbol of the campaign, celebrating and raising the profile of female coaches. The tour started in Greater Manchester a couple of weeks ago and has currently reached Humberside.

During the week we visited a range of places and coaches, before we passed the “baton” over to Lancashire.

See the highlights of the Tour on Twitter #PassOnYourPassion

If you want to find out more about coaching, including courses available, visit our 'Workforce' page, to keep in touch with us sign up to our 'Newsletters'