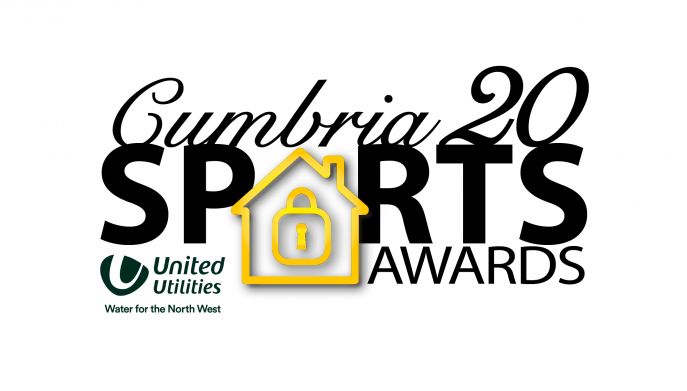 In the face of Covid-19, Cumbria Sports Awards went live on the Breakfast Show on BBC Radio Cumbria this year with a spate of Community Heroes from the sporting sector picking up the prestigious awards for their efforts during the coronavirus pandemic.

Cumbrian’s Sporting Elite including England Goalkeeper Dean Henderson joined in the presentation of the Awards by creating short videos from home to announce the winners with the audio being shared over the radio.

Organised by ourselves and supported by United Utilities, the awards recognise the outstanding efforts of individuals, clubs, coaches, volunteers, schools and community groups in Cumbria during the current pandemic.

The first award to be presented was announced by the treble winning Sports Personality of the Year, Lauren Smith from the world of Badminton, she announced the winner of the 2020 Active Education award to Kingmoor Junior School, Carlisle

During the first lockdown and inspired by her own Sports Days as a child at School, and the abandonment of Tokyo 2020, class teacher Alex Graham of Kingmoor Junior School engaged pupils as well as schools up and down the UK and Worldwide with their Sock Olympics!

For children in lockdown, a sense of belonging had never been more important, so Alex aimed to create something completely inclusive. She wanted to remove the barrier of children feeling like they could not participate due to a lack of equipment or space at home/school to carry out Sports Day. The simple idea which was modelled around one ball of rolled up socks meant that everyone could give every challenge a go! The event was comprised of 8 skill-based, physical activities, demonstrated by teachers online. Following the event, children emailed their score cards to school, revealing the winning team!

The event was accessible to all and pupils could take part no matter where they were, allowing the sports day to be as ‘virtual’ as possible. Sock Olympics generated interest from all over the globe, with enquiries from Egypt, USA, and Canada. Resources were emailed to more 400 schools and educators including nurseries, primary and secondary schools, Special Educational Needs Settings and sports clubs.

Pippah Webber, from St Pius School in Barrow picked up the Young Sports Leader / Volunteer of the Year. Presenting the award to Pippah, England Lioness and fellow Barrovian Georgia Stanway said “She’s a brilliant example to all young people”.

When the world changed in March 2020 and the nation was told they could only go out for exercise once a day, Pippah asked to join in running with her Dad, Dan Webber. Pippah, aged 6 found that she really enjoyed this time with her Dad and enjoyed running.

Sharing short videos of them running together pounding the streets of Barrow, the pair harnessed the power of social media to encourage others, with Pippah sharing her new-found love for running - her message was simple running ‘makes people happy’.

The six-year-old became an inspiration, sharing quirky ways to get active. Through her Facebook page ‘Diary of a Running Girl’ she has done lots of great fun runs and activities like running at night-time, in pyjamas, in fancy dress a VE day 5k and even sunset walks that have really inspired others to do the same. Pippah has helped make it fun and is such a positive happy little soul with her positive messages and videos encouraging others to get involved.

Following their social media success, Pippah and Dan created ‘Feeling Good, Feeling Great’ Mini Bootcamp – a free physical activity session for 5-12 year olds living in Barrow and led by Pippah. The sessions took place in Ormsgill, at the Emergency Food Hub. The six-year-old has also created art competitions, a ‘Be Kind’ run & ‘You’ve got a friend in me challenge’ for Mental Health awareness week. Unknowingly Pippah is also promoting the borough of Barrow as a fantastic place to live and visit.  Her posts of surrounding beaches, woods, nature reserves have given people inspiration to get out and be active.

Pippah and all the other individual winners will receive a voucher for new trainers from Award Sponsors New Balance.

Mark’s dedication to coaching has seen his house taken over and his family become his assistants in a bid to keep his students active during lockdown. Mark took on the challenge of continuing his role as the club head coach, by using his own mantra ‘whatever it takes’ to make sure he still had a club after the pandemic.

set out converting his double sized garage at his home, into a fully matted live Facebook movie set dojo. With his fiancé Donna as the camera operator & his 16-year-old son Lewis his demonstrating partner, he set about delivering 2 online classes each evening, Monday to Friday. During the first 4 months of lockdown he put on the first class for ‘little dragons & juniors’, then a class for older children & adults. As restrictions eased for outside training, he had small groups on his garden lawn. When indoor training was allowed, he had up to 8 x 30 half hour classes on most evenings to make sure everyone had a supervised training session.

Whilst primarily aimed to support his chojinkai karate clubs in Carlisle, Brampton, Longtown, Warwick Bridge & Wigton, he spread the message to the three other local clubs in Haltwhistle, Kendal and Windermere who joined in the Facebook live sessions and saved the Karate Association in the county with 95% of the original membership retained.

Presenting the Volunteer of the Year award Abbie Ward, England RUFC player was delighted to announce the winner as Jordan Mattinson from Whitehaven RUFC.

Jordan who like many others found himself furloughed from work, turned to help his community and was on hand offering help and assistance with anything throughout lockdown and has raised a staggering amount for Charity too. Featured on the England Rugby website for his efforts during the coronavirus outbreak, Jordan has raised a staggering £23,000 for Great North Air Ambulance Services, and over £8,000 for NHS charities after designing an NHS RUFC shirt for the team, topped up with £500 donation from Whitehaven RUFC Sharks Junior Section.

He has brought the rugby family together to help their local community and has been helping with food and toiletries donations across Copeland helped by Tesco, Morrison’s and the Spar. He has donated to Age UK West Cumbria, Little Explorers and Calderwood House (ex-serviceman), organised a charity walk, a Scafell Pike hike, a charity car wash and an auction raffle.

The club player described as a cheeky chappie who can get others involved has been someone at the forefront of the response to the pandemic, he has helped Copeland Age & Advice service delivering anti Boredom Packs for the elderly including Rosehill Care Home, Harbour View Lodge, Monkwray Court, Emmaus House and Westwinds and Johnson house care homes. Furthermore, he has been collecting and delivering toys, books, clothes donated for community groups provided for vulnerable children in the area including Little Rascals Pre-school Cleator Moor and Greenbank Community Centre.

England Goalkeeper, Dean Henderson from Whitehaven presented the award for Community Club or Group of the Year went to Distington Rugby League Club, in Workington.

The club recognised their status as being at the heart of the community and as soon as lockdown hit, they developed a new ‘Friend Not Foe’ service which has provided much needed support to the whole community, delivering food, medicine, and anything else that was needed.

They’ve also set up a befriending service, keeping in touch with those who were lonely during this difficult time. Always wearing a smile, and the clubs kit, they have become instantly recognisable across the area.

Described as life savers, the local doctor’s surgery was overwhelmed by the help they received and expressed how grateful they were to the group. The group didn’t want any expenses but received various donations and have used any funding to support local businesses, buying and delivering a wide range of treats for locals including soup and freshly baked bread cooked at home by one of the volunteers. Pies, a chippy tea, ice cream and Easter eggs have also been delivered for any of the three villages children that placed a picture of a rugby ball in their window.

Team GB’s Hammer Thrower, Nick Miller presented the Be Inspired Award which went to Mark Harding, from Wigton for his virtual Rowing challenge.

Mark, an army veteran, who was shot whilst serving his country 10 years ago, and was told he would never walk again, set himself the challenge of virtually rowing the Atlantic Ocean in his kayak in his back garden. Rowing between 40 and 60 miles a day he reached his goal after 3 months, raising over £3000 for the NHS and ABF Soldier’s Charity at the same time.

Still in agonising pain, Mark initially struggled with the target he set himself of 100 miles a day, but taking it slowly, he never once gave up, he got up and got on the kayak every single day and soon racked up the 3087 mile journey demonstrating to others that they can also achieve.

“The Awards have been quite different this year, but we wanted to make sure they still went ahead, and it’s been fantastic that we have been able to do so. We have had some great nominations from across the County, in many places the sports sector really has been on the frontline of the response to the pandemic. I know that our judging panel had a real task to choose all the deserving winners, it just goes to show that our coaches, volunteers, clubs and groups really are at the heart of our communities. The support of the media, and our headline and category sponsors continue to make these awards a massive success, acknowledging the very important role sport plays in Cumbria”.