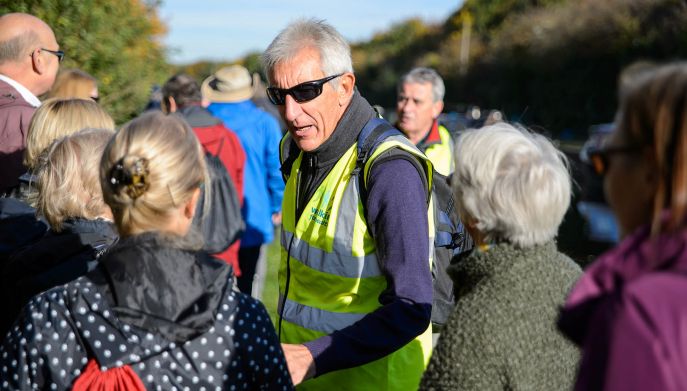 Sport England has published the latest data from the Active Lives Survey, providing a comprehensive picture of volunteering in sport and activity for the first time. One of the most striking features of the research is a stark gender gap.

Sports Minister Tracey Crouch said: “This fresh insight into volunteering in sport shows that millions of people are playing vital roles up and down the country supporting the grassroots.

"But it also highlights a gender gap that we want to close. I know first-hand the positive impact volunteering can have on a person's life and I want sports to look at what more they can do to encourage women to volunteer.”

Sport England’s Director of Sport, Phil Smith, says: “The contribution of the 6.7 million volunteers to sport is immense. It helps individuals get more active, benefits local communities, and it can do wonders for the volunteers themselves. They are often the inspiration behind the activity. However, this research also tells us that there’s a lot to do to make the experience of volunteering in sport more attractive to women, as there’s a big gender gap.

“We launched our campaign This Girl Can after research showed that a fear of judgement can hold many women back from getting involved in sport and activity, and 2.8 million women have told us they have been inspired to get active as a result. Now we need to work on attracting more women to volunteering in sport and activity, and we hope that the whole sports sector embraces that challenge.”

Some of the key volunteering statistics include:

The Active Lives survey, which runs 365 days a year, also asks people over 16 across England about their sport and physical activity habits. The figures published today represent the first 18 months of data collected by the new survey, so year on year comparisons are not yet available. The first set of comparable data will be available in March 2018.

The figures show a consistent picture, with 27.1 million (60.6%) people being active, meaning they do 150 minutes or more activity per week and meet the Chief Medical Officer’s guidelines. 11.5 million (25.6%) are inactive, meaning they do less than 30 minutes of activity a week. The Active Lives survey also shows that people from lower socio-economic groups are much less likely to be active, which is why Sport England will be targeting investment on those groups under its new strategy, Towards an Active Nation.