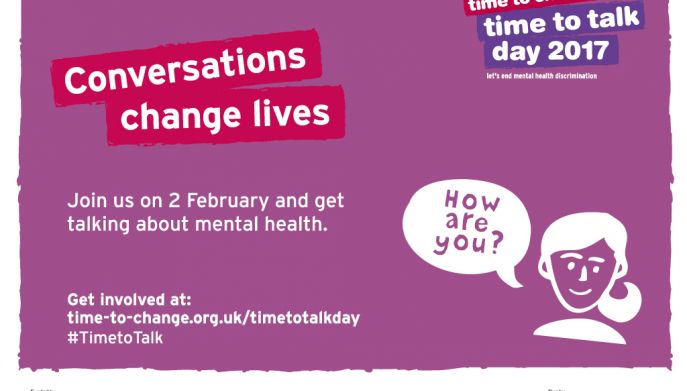 England Athletics are encouraging people to #runandtalk to improve their mental wellbeing through running and to break down the stigma associated with mental health by getting people talking about it. The event follows on from the first ever national #runandtalk event in October 2016 in support of World Mental Health Day which saw 138 organised runs to support mental wellbeing through running.

During the week of 28th January-3rd February 2017 we’re encouraging people to run one mile or further and to have a chat with friends, family, colleagues or other runners. This can be done at a time and location of their choice or by joining one of the organised runs at an England Athletics club or RunTogether group. The event is supported by a network of over 250 volunteer England Athletics Mental Health Ambassadors who are active in affiliated running clubs and registered running groups across England to support those of us who are experiencing mental health problems.

The support available includes helping people to start running, get back into running, or continue running as well as to improve the mental wellbeing of their existing members.

The #runandtalk campaign aims to improve mental health through running in England by:

We’re often told that physical activity is good for our bodies and our minds, but having a mental health problem can make it difficult to get started, for a number of reasons, ranging from negative body image, or a lack of self-esteem through to practical reasons such as having no one to go with, or not knowing where to get started. The #runandtalk campaign is being supported by the mental health charity Mind.

Hayley Jarvis, Community Programmes Manager (Sport) at Mind, said: “Mind is delighted to support England Athletics and the #runandtalk initiative. It’s well known that regular exercise is good for our bodies – and there’s good evidence that being active improves our mental wellbeing too. Mental health problems are more common than people think with one in four people experiencing one each year. #runandtalk is a great initiative that everyone can get involved with to support their own mental health, while meeting others in their local community.”

The #runandtalk campaign is also partnering with GoodGym, a community of runners who use their runs for social good. Members stop off on runs to support isolated older people and undertake manual labour for community organisations. Runners have carried out thousands of runs to help older people in London and other cities across the UK. Throughout the initiative GoodGym will be hosting a series of starter sessions to get people running, talking and doing good in their local area. GoodGym founder Ivo Gormley said “Running makes you feel amazing, so does helping other people. Doing both at the same time is powerful way to feel great about who you are. You also meet other people at the same time. GoodGym is excited to be part of the #runandtalk campaign in support of Time to Talk Day. Running can be an amazing way to connect, whether that's with those who you're running with or those running to when supporting socially isolated older people."

Liz Purbrick, National Disability Manager at England Athletics said: “We are really pleased to be supporting Time to Talk Day with #runandtalk, along with our Mental Health Ambassador Programme. We are passionate about the benefits running can bring to both physical and mental wellbeing and ensuring it is an activity that is accessible and beneficial to all. We hope that #runandtalk will help to breakdown some of the stigma attached to mental health and support people to access the social, physical and mental wellbeing benefits that running can bring.

” Running is one of the most accessible and low cost ways to be active and meet government recommendations to be moderately active for at least 150 minutes per week.

Whether it’s to get fit, improve health, make friends or take on a challenge running has something to offer everyone. Sign up on Facebook at https://www.facebook.com/events/207010156372720/

Time to Talk Day 2017 is on Thursday 2nd February. The day is organised by the Time to Change campaign, which is run by charities Mind and Rethink Mental Illness. You can find out more at http://www.time-to-change.org.uk/timetotalkday or on twitter #timetotalk. 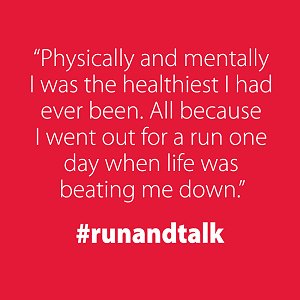