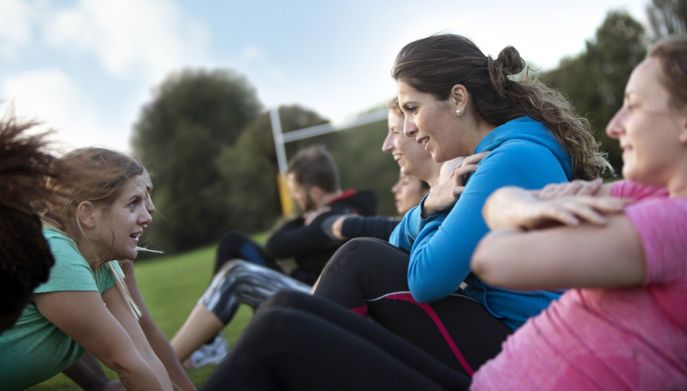 Active Cumbria are embarking on an awareness raising campaign to encourage more women into coaching.

Currently only 30% of the coaching workforce is women and the percentage of women coaches receiving a qualification each year is 17%.

The #PassOnYourPassion campaign involves a total of 13 County Sports Partnerships (CSPs) across the North of England and aims to raise the profile of women coaches, as well as inspiring more female participants into coaching.

We are using the term ‘coach’ in its loosest sense. We want to find the counties female activators, instructors, motivators, anyone who shows leadership and passion to get and keep more females engaged in sport and physical activity”

The campaign was originally piloted in 2016 by Greater Sport, the County Sports Partnership for Greater Manchester. They identified women coaches passionate about coaching and sent each of them an athletics relay baton. The coaches were then asked to pass on their baton to a female participant from their session – the handover symbolising a welcome to the world of coaching. The participant was then encouraged to register their details for future coaching opportunities.

The second edition of #PassOnYourPassion will follow a similar format, but this time the campaign will be going on a 14 week tour, with each CSP taking a turn hosting the campaign for a week. The campaign started this week with GreaterSport and makes its way through other counties, reaching Cumbria in July. To symbolise the campaign, a giant relay baton will travel throughout the regions, Northumbria pass over a giant relay baton to Cumbria on the 3rd July. The baton will then travel throughout the county and leave for Lancashire on the 9th July.

Active Cumbria would like all female coaches to get behind this campaign and register. If you’re a coach please register your interest or if you know a good female coach, nominate them: www.activecumbria.org/passonyourpassion

You can also get involved by using the hashtag #PassOnYourPassion when posting on Facebook and Twitter. Don’t forget to tag the campaign sponsors @reachcoaches – Reach are Sports Coach UK’s brand for encouraging more women into coaching.