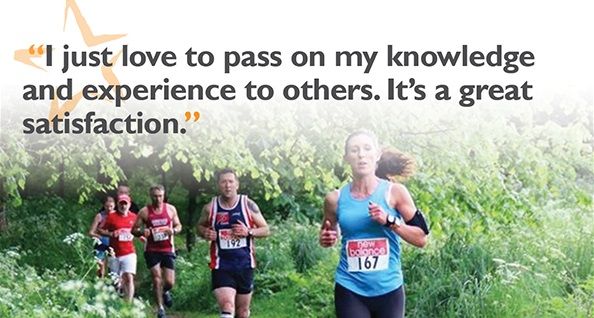 A CAMPAIGN covering the whole of the north of England to raise the profile of female coaches, leaders and volunteers in sport is coming to Cumbria.

We have received 100 nominations of fantastic female coaches across the county, who are now being asked to each nominate another female who they think would make a great sporting coach; a baton will symbolise the passing on of their passion for coaching.

A giant inflatable baton will also tour the county for a week from Sunday July 2nd. Vanessa Strickland, founder of Runmums and Run Director of the Junior Parkrun in Carlisle will receive the baton from runners in Northumberland who pass over the baton to Cumbria at Sycamore Gap on Hadrians Wall. The baton will be passed over at several locations throughout Cumbria during the week - meeting a variety of groups and highlighting the breadth of opportunities available for getting active in Cumbria.

Currently only 30% of the coaching workforce is women and the percentage of women coaches receiving a qualification each year is 17%.

The #PassOnYourPassion campaign is being delivered in the county by Cumbria County Council’s Active Cumbria Team. The campaign involves a total of 13 County Sports Partnerships (CSPs) across the North of England and aims to raise the profile of women coaches, as well as inspiring more female participants into coaching.

“Pass On Your Passion is the opportunity to thank our amazing female coaches, leaders and volunteers for passing on their passion of sport and physical activity to inspire and motivate people of all ages and all abilities to get active and also take their first steps on their coaching journey.”.

Get behind our campaign on social media using the hashtag #PassOnYourPassion.

Recipients of the baton are asked to register their baton and they will be entered into a prize draw to receive New Balance clothing.