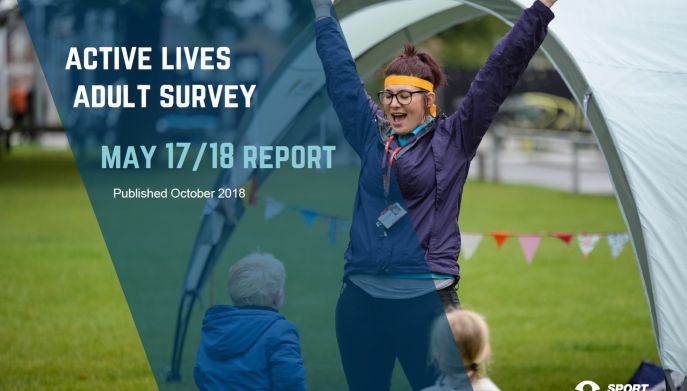 Almost 7,000 more people in Cumbria are doing 150 minutes of activity a week according to new figures released today by Sport England.

The latest figures from the Active Lives survey cover a twelve month period from May 2017 to May 2018 which shows that this year 6,600 more people in Cumbria, aged 16 and above, are meeting the Chief Medical Officer's guidelines of doing at least 150 minutes of moderate intensity physical activity a week, compared to the previous 12 months.

As well as this, the report shows 3,100 fewer people are now classed as inactive and are therefore doing more than 30 minutes of physical activity a week, with a particular change being noticed in older adults aged 55-75 - a key target group within Active Cumbria’s three year plan.

The Active Lives Survey is a new way of measuring sport and activity across England. This survey concentrates on adults aged 16+ and is led by Sport England.

Active Cumbria, part of Cumbria County Councils Public Health team are the County Sport Partnership for Cumbria, are funded by Sport England and tasked with tackling inactivity as part of their funded role.

“It's early days, but the improvements in activity levels from one year ago, shows that inactivity rates are beginning to improve in Cumbria. This is an important step in the right direction, but there is more to be done. The improvements so far is testament to the community activity that is happening to tackle inactivity. Active Cumbria are working with a wide range of stakeholders to highlight the issues that inactivity causes and encouraging people to think differently about exercise.

Activity comes in many forms and you can fit it into your life in many ways, sometimes simple changes such as brisk walking part of your journey home, popping to the shops on foot, or just getting out for some fresh air an having a brisk 10 minute walk can reap benefits.”

Further improvements are seen in:

Walking, both for leisure and travel, grew in popularity, along with Adventure sports, Combat sports and martial arts such as boxing (including boxing fitness classes). The number of people taking Gym sessions and Fitness classes also saw a big increase, with yoga, pilates and HIIT classes making some of the biggest gains. Roller and skating sports are also showing strong growth.