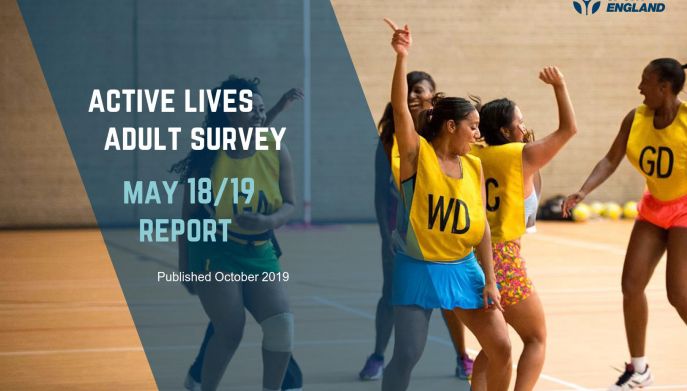 The sixth set of Active Lives data from Sport England is showing that Cumbria remains on par with the rest of England when it comes to adult participation rates in sport & physical activity.

The report also makes clear the mental health benefits of being active. When asked to rate their mental health on a scale of 0-10, active people reported feeling:

Research shows that exercise can reduce your risk of major illnesses, such as heart disease, stroke, type 2 diabetes and cancer by up to 50% and lower your risk of early death by up to 30%. It can also boost self-esteem, mood, sleep quality and energy, as well as reducing your risk of stress, depression, dementia and Alzheimer's disease.

Levels of Inactivity in Cumbria

The data also shows that 104,300 individuals (25.0%) are classed as being inactive in Cumbria, compared to 24.8% of the population nationally. ‘Inactive’ means that people are achieving less than 30 minutes per week of moderate physical activity i.e. raising your heart rate and getting a little out of breath.  Those that are inactive are not getting the benefits that physical activity brings including improved mental health.

The data also reveals vast differences in the activity levels in the different local areas of the county:

The highest ever levels of activity have been recorded, with 1 million more people across the country being physically active than when the survey began.

The number of inactive people – doing fewer than 30 minutes of moderate intensity physical activity per week – is down to 11.2 million, a decrease of 131,700 since 2015 and the lowest figure ever recorded by the survey.

The results show that this improvement has been driven by women and older adults (aged 55+) – groups Sport England have focused on in their Towards an Active Nation strategy, with campaigns such at This Girl Can, a £10 million fund for projects that support people aged 55+ to get active and by supporting new opportunities for running such as a £3 million investment into parkrun.

The changes for older people include the increased uptake of running, weight sessions and gym sessions, which have grown in popularity, with 100,700 fewer inactive adults aged 55+ and an additional 506,700 more active in the last 12 months – leading to totals of 5,592,400 and 9,137,800, respectively.

For those with a disability or long-term health conditions there has been an increase in activity levels and decrease in inactivity levels over the 12 months to May 2019, with 216,300 more active and 107,800 fewer inactive.

However, they are still twice as likely to be inactive than people without a condition or disability, so work continues to support and inspire people into physical activity – such as the new We Are Undefeatable campaign, led by 15 of the leading health and social care charities and backed with National Lottery funding and our expertise.

Tim Hollingsworth, Chief Executive of Sport England was encouraged by the new data.

“It’s really excellent news that a record number of people are now active every week and that we’re also seeing a significant decrease in the amount of inactive people,” he said.

“It shows us that efforts to help more people get active are starting to make a real difference, particularly for older adults, women and those with a disability or long-term health condition.

“But we can’t be complacent. Within the overall positive picture of these figures is a sobering reality – if you are well-off you are far more likely to be active than if you’re on a low income or less affluent.

“While there are complex barriers that stop less well-off people from getting active, this is an unacceptable inequality and one we’re starting to address in the work we are doing across the country.

“Being active has positive benefits for mental and physical wellbeing, strengthens communities and helps build confidence and resilience.

“We urge anyone working towards helping people live healthier lives – whether that’s government policy makers or health professionals – to consider physical activity as a vehicle to help drive positive outcomes, so that everyone can benefit.”

“The levels of inactivity in Cumbria continue to be a worry, and the shift in Carlisle is significant, but we as a county are not alone. At Active Cumbria we are working hard to engage organisations working with those people that are more likely to be inactive. We’ve started a countywide Walking for Health Scheme, funded by Cumbria County Council, and are creating a small army of walk leaders who are creating new Walking for Health Groups in all corners of the County including an extension to the current Carlisle Doorstep Walks.

We’re also delivering a lot of training to the sports and physical activity workforce. Next month we start a series of workshops on Mental Health Awareness in Sport and Physical Activity with Carlisle & Eden Mind as part of a joint venture with Carlisle United Community Sports Trust on an extension of the national Get Set to Go Scheme funded by Sport England”

To find out more about Active Lives go to www.activecumbria.org/insight