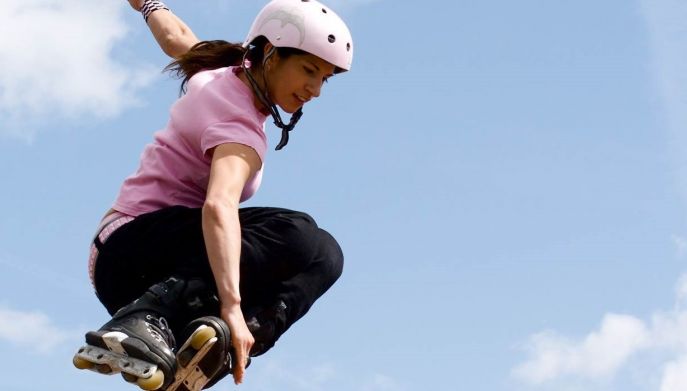 Jenna Downing, the world’s number one female inline skater and ten times British Champion will be opening Cumbria School Games this summer on the 12th July. A natural competitor, Jenna has competed in rollerblading events since she was eight and became the youngest ever female to turn pro aged 12.

Since then she has represented her country across the globe in major international events, scooping the NASS title three times over, winning an X-Games silver medal in 2002 and becoming LG Action Sports World Champion in 2008. To date, she is the only European female to perform the 900-degree spin.

Growing up in a deprived area, Jenna had to work hard to get to where she is today whilst facing a multitude of obstacles. Jenna is proof to young people that whatever their background or circumstances it is possible to achieve anything they choose to in life.

Jenna says: "I am very honoured to be a guest at the Cumbria School Games this year. I truly believe in the power of sport and how it can change lives, my sport has certainly done that for me, which is why I am so excited to showcase my sport and encourage others to get on some skates and give it a go!

There is a sport out there for everyone, it’s just about trying lots of different sports and finding out what YOU enjoy and are passionate about. The School Games will be an awesome celebration of a whole range of sports and I am so excited to be a part of the day!”