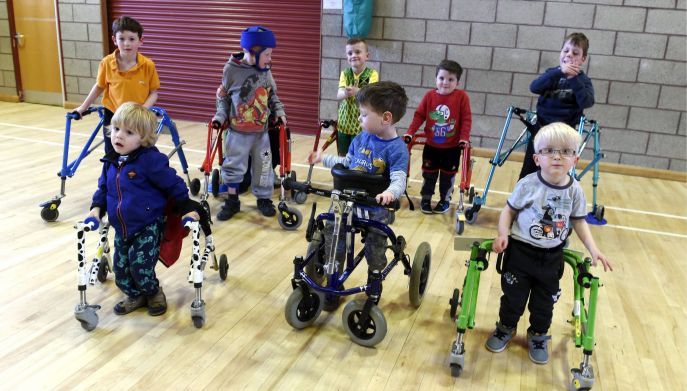 Winners of this year’s Cumberland FA Community Awards presented by McDonald’s were announced at a ceremony held at Hunday Manor Country House Hotel and sponsored by Kitlocker.com

Cumberland Football Association and sponsors Kitlocker.com welcomed the winners of this year’s FA Community Awards, presented by McDonald’s, to a ceremony held at Hunday Manor Country House Hotel in Workington on Friday 30 June, where they received their deserved accolades.

Now in their seventh year, The FA Community Awards presented by McDonald’s aim to recognise and reward people across the county that make a different to grassroots football in Cumberland – the people that dedicate their time to developing tomorrow’s talent and help to ensure that the game is played in a safe environment, whilst delivering best practice throughout the clubs and volunteer workforce.

A total of nine awards were presented to respective winners; seven of which were delivered following an extensive public nomination window, which opened last February.

This project was established in partnership with Gillford Park Juniors to support players who require a frame to walk following a plea to Active Cumbria from dad Chris Dunn who was seeking a club for his step son to play in. Chris, with the help of Active Cumbria and Gillford Park went on to set up the club.

Kai received this prestigious award for his commitment to supporting both the male and female game in West Cumbria.

Luke’s work with Grassroad Sharks has helped grow the game in an area that didn’t have a football team until the Sharks were established.

This new club has established itself over the last 18 months and worked towards achieving Charter Standard status. It has grown from having 10 children play to 65 in its first full season.

A club that has been proactive in growing the game during the last two years, Seaton Juniors now has a female adult team as part of the club, as well as hosting a Mini Kickers session.

This is a club that has quickly re-established itself over the past three years and now provides both male and female football, with a total of 26 boys/girls’ teams.

A welfare officer, referee mentor and vice-chair of the Penrith Youth League, Michelle has spent years giving her time to grassroots football, as well as mentoring young referees that come through courses on a weekly basis. Michelle is also the driving force behind monthly festivals for Under-7 and Under-8 teams for the Penrith Youth League, which attracts teams from across the country.

In addition to the above awards, the evening saw two further winners recognised for their achievements.

Luke Miller received an award to acknowledge the fact that he has represented the Cumberland FA representative squad on more than ten occasions, whilst Willie Paul received the Bob Turner Award for making over 700 appearances for Penrith AFC over the past 15 years; an achievement that may never be replicated by one player at one club at this level.

James Reid, Football Development Officer at Cumberland FA, said: “We were delighted with the standard of nominees this year, which really demonstrated the strength of the grassroots game within Cumberland. Each winner thoroughly deserved their awards. It was pleasing to see their achievements recognised officially, as so much work goes on in grassroots football that goes unseen by the public. We hope that these awards motivate individuals to continue to apply themselves to grassroots football. On behalf of Cumberland FA, I would like to thank all the volunteers from across the grassroots game for their commitment to local football – and to all who took the time to nominate for this year’s awards.”