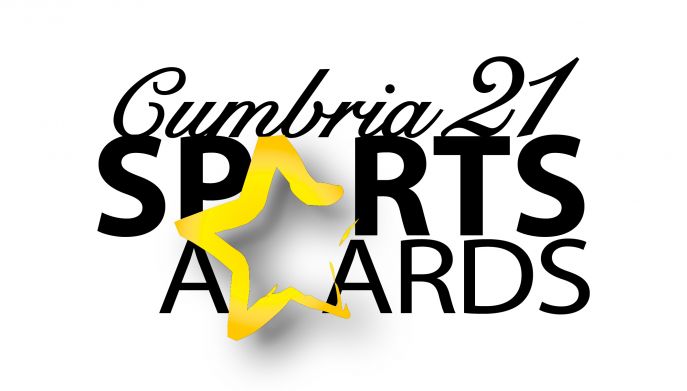 Luke Greenbank Named as Cumbria’s Sports Personality of the Year

Following his stunning performances in this year’s Olympic Games, where he brought home a Silver medal in the 4 x 100m Medley and a Bronze medal in the 200m Backstroke, Greenbank picked up the prestigious Sports Personality of the Year award at this year’s Cumbria Sport Awards.

The awards winners, which, due to Covid-19, have all been announced over the course of this week live on BBC Radio Cumbria’s Breakfast Show

Organised by Cumbria County Council’s Active Cumbria team the awards recognise the outstanding successes of teams and individuals who are involved in sport.

The 13 categories recognise the outstanding commitment and achievements of individuals, clubs, coaches, volunteers, schools’ and community groups in Cumbria sport in the past year.

The Performance of the Year Award went to Hannah Horsburgh, from Braithwaite.

This year’s winner of the Junior Sports Personality of the Year went to Jessica Bailey from the world of Athletics.

From Ulverston, she has won the English Schools 3000 metres, England Athletics U17 3000m champion, silver medallist at the British U20 3000m, as well as winning a Home Countries Fell race in Northern Ireland whilst representing England.

Anna, originally from Brampton, competes in the F35 classification for shot put and discus - for athletes with cerebral palsy or similar disabilities that mainly effect their legs. This year she has competed in the Paralympic Games in Tokyo in the Shot Put event, and after throwing a seasons best she placed 6th, just 57cm outside of the medal positions. She’s already stuck into a winter training programme with the aim of medalling at next year’s World Championships.

Workington Bowling Club were crowned Team of the Year

The Junior Team of the Year was awarded to Hensingham ARLFC U16 Team.

They have had a great season, going unbeaten throughout the year, winning their league, and the North East Cup. The majority of the group are actually playing a year young, and will be looking improve again next season.

Mark Stevens from the world of Karate was announced as the winner of the award for Coach of the Year.

From Workington, he has been making a difference, not just to performance levels, but also on his student’s outlook. Over the last 12 months, he has been coaching karate in gardens, yards, or anywhere else that is safe, ensuring the well being of his student’s is front and centre of his delivery. He has been building skills, mentoring, increasing confidence, and maintaining and improving the wellbeing of all his students during these challenging times.

The Service to Sport Award was awarded to Tom Armstrong from Cumbria Squash.

From Flimby, he has given his services to Cumbria Squash for an amazing 50 years. He has been involved in many different activities including managing the county leagues, overseeing the county and junior county training programmes, leading on the inter-county competitions, as well as leading the county organisation through a significant legal restructure, ensuring it is fit for purpose moving forward. He has been a true stalwart of squash in the county.

The Becky UnderwoodVolunteer of the Year award was awarded to Julie Labbett, a British Cycling Volunteer from Penrith.

She is a British Cycling Breeze Champion & Breeze Ambassador. She is well organised, friendly and re-assuring with a great amount of knowledge of cycling and the areas she is riding in. This alone makes the women attending her rides feel comfortable and relaxed and keeps them engaged in cycling. She is out whatever the weather the rain and wind won't stop her rides which shows her total dedication to cycling, and she has led over 500 rides over the last 8 years.

The award for Community Club or Group of the Year went to Penrith Netball Club.

They have completely turned their club around in the last 12 months. Covid-19 meant that they couldn’t play or train, and their participant numbers dropped massively. In June 2021, they held their AGM and decided they would merge with another group from their town. This brought in an additional 15 new members, and a completely new outlook. They are now much more social and have increased their membership to over 110 members aged 11 to 70 plus.

Our winners have put sport and physical activity at the heart of their school. They have incorporated physical activity into their curriculum and have also loads of extra-curricular opportunities for their pupils to be active. They’ve recently even installed a 100-meter running track on the school site to help them with their daily mile activities for all pupils. They have an active playground as well as an outdoor gym for pupils to use and are seeing the benefits in their pupils physical and mental wellbeing, as well as their learning.

The Special Award was awarded to Gary McKee, from Cleator Moor, to recognize his outstanding achievement of running 110 marathons in 110 days earlier in the year. He raised over £200,000 for MacMillan Cancer Support, and his local hospice. His amazing efforts have inspired others to get active, and his efforts have been recognised by TV and media, as well as legends such as Sir Mo Farah.

Three Rising Star Awards were made to talented athletes who have demonstrated their potential through their achievements during the year.

The first Rising Star was awarded to Ruben Razzetti from Hesket Newmarket, who is excelling in the sport of Orienteering.

Ruben is making great strides in the world of Orienteering. A Border Liners Club member, he has won numerous races during the year across all parts of Cumbria. He was also selected to attend a 3-day Badaguish summer training camp by his Governing Body, as well as being selected to join the GB Talent North Squad.

The second Rising Star went to Emily Trotter from the world of Trampolining.

Emily has had a fantastic year. Despite the opportunities to travel and compete being hit hard this year, she has performed brilliantly at two elite level competitions, taking a Bronze medal at the virtual Dutch Open event, and a Gold medal at the V-Tramp International event, cementing her place in the GB national squad.

The third rising star award went to Anna Mason from Branthwaite, who is excelling in her chosen sport of Athletics.

“The Awards are an excellent opportunity to celebrate the enormous effort and talents of the sporting stars of Cumbria. We had some great nominations for the awards this year, and I know that our judging panel had a real task to choose all of the deserving winners. It just goes to show what great talent and dedication to sport that we have in the county. The support of the media, and our sponsors continue to make these awards a massive success, acknowledging the quality of our major sports performers and our emerging talent, as well as recognising the very important role played by the army of volunteers and coaches in Cumbria”.