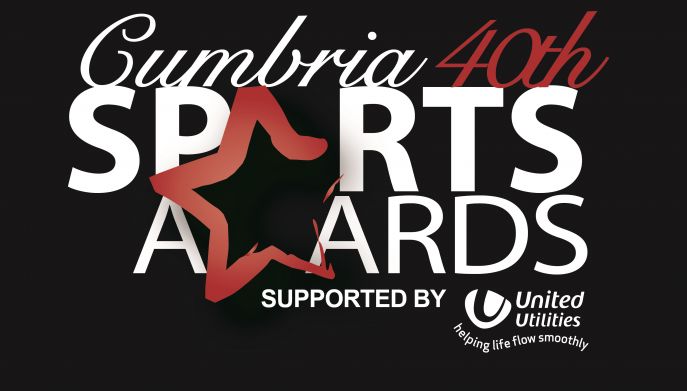 Following his stunning unbeaten stand at Headingley to win England an Ashes Test from an improbable position, and his star role in a dramatic World Cup final against New Zealand, Cockermouth’s Ben Stokes picked up two gongs at the Cumbria Sports Awards on Friday. Stokes picked up the prestigious Sports Personality of the Year award (SPOTY) and the Performance of the Year award at the 40th Cumbria Sport Awards. Jon Gibson from Cockermouth Cricket Club, Ben’s Coach in his early days collected the award on his behalf. Ben, who is playing a test match in New Zealand, prepared a video to say thank you.

“I am very proud and privileged to have won the two awards, 2019 has been an amazing year one that I’ll never forget and I don’t think many cricket fans will forget either, we’ll always be able to look back on 2019 with very fond memories. Cumbria will always have a special place in my heart it’s where everything started for me, where I got my first opportunity to play representative cricket and I owe a lot to Cumbria as a whole”

Organised by Cumbria County Council’s Active Cumbria team and supported by United Utilities, the awards recognise the outstanding successes of teams and individuals who are involved in sport. It was hosted by BBC Radio Cumbria presenter Mike Zeller.

The 13 categories recognise the outstanding commitment and achievements of individuals, clubs, coaches, volunteers, schools and community groups in Cumbria sport in the past year.

This year’s winner of the Junior Sports Personality of the Year went to Emie Seward from the world of BMX racing.

From Millom, Emie is just 9 years old and has had another outstanding year in her chosen sport of BMX Racing. She won a Rising Star at these awards in 2018, and has this year retained her British and National Championship Crowns for a third consecutive year. She was also crowned European Champion, whilst representing Team GB in Latvia, and capped a fantastic year by taking the Bronze Medal in the World Championships held in Belgium.

Bethan, from Cockermouth has had fantastic year. As a deaf athlete, Bethan has for many years competed for Team GB in events all over the World, including the Deaflympics, winning many major championship medals along the way. This year, at the Venice European Masters Championships she broke the able bodied northern masters hammer throw and weight throw records, narrowly missing out on a medal. This was the first time she had competed at this level against able bodied athletes.

Whitehaven Rugby League Club were crowned Team of the Year

The team of predominately local players secured their place in the Betfred Championship 2020 after lifting the League 1 title, after a comprehensive 72-0 thrashing of Coventry Bears. Following what had been a very difficult financial period, the club made an impressive start to this season in Betfred League 1. Under the guidance of Coach Gary Charlton, the club went through the entire season losing only 3 games, and winning 15 of their 20 fixtures, thereby gaining promotion.

The Junior Team of the Year was awarded to Cumbria County Under 15 Cricket Team.

The team have been playing together since the age of 11, and are improving all the time, with a number of the boys being picked up by major county sides, and others regularly playing open age cricket for their clubs.

Their achievements at the competitive annual Ampleforth Festival in August saw them crowned champions. The team won all four of their games against Suffolk, Barmy Army (a select team from London), Cardiff & the Vale of Glamorgan, and Gloucestershire. They also picked up the two main individual awards, with Joe Amison picking up the top batsman award, and Sol Stanway being crowned best bowler.

Jimmy Nsouli from the world of Power Lifting was presented with the award for Coach of the Year.

Jimmy creates a caring, fun and friendly environment which caters to the needs of everyone in his group and through his coaching, members of his club are enjoying great success on the local, national, and international stage.

The Service to Sport Award was awarded to Ian Powley from Penrith Swimming Club.

Ian has had a link with the club for 65 years, first as a competitor, and then as a volunteer with the club in a number of roles, including teacher and coach, having been involved with the coaching of thousands of young people over the years. He is still coaching 4 nights a week and is as involved now as he has ever been.

In 2002 he was recognised by the Royal Life Saving Society for amassing more than 20 years’ service, and in 2005/06 he became only the second individual from Penrith to be President of the Cumbria Amateur Swimming Association, he remains involved with the association to this day.

The Volunteer of the Year award was received by Alan Reynolds from Aspatria Hornets RLFC.

Alan was described as being on a one man mission to develop the changing and playing facilities at his Club. He has secured funding to renovate derelict changing rooms, giving the club a home base for the first time. He arranged for contractors to come in and do the specialist work, and he has undertaken the majority of the painting and decorating himself.

He has also secured a lease on an area of unused school field, creating a first class rugby field, and has improved the drainage so that the pitch is now playable during the majority of the year. He has also helped secure further funding to purchase a ride on mower, so that the club can maintain its own pitches, thereby reducing its out-goings.

Harrison coaches the school tennis teams, arriving at school every morning at 7.30am, throughout the year, come rain, hail and wind. In addition to this, he runs two after school sessions and coaches the school tennis teams. The U15 team won the Cumbria schools' tennis competition, thus qualifying for the first time for the northern schools' regional tennis final, where they reached the semi-final.

Earlier this year Harrison attended finals week at Wimbledon to receive special commendation from Judy Murray, Johanna Konta and the Duchess of Cambridge. He has been offered several tennis scholarships in the USA and is described as an excellent student and a superb role model, helping students in many other areas as well as in tennis.

The award for Community Club or Group of the Year went to iCan Health & Fitness in Carlisle.

Over the last 12 months, our winners have continued to grow and help more women to start their exercise journey. All women are accepted with open arms into the organisation, particularly those that are starting to exercise for the first time later in life, or have disabilities, or with mental health conditions.

Their unique approach, which sees a mentor assigned to support all new members at the door, has seen the organisation grow to 130 active members and an extra 60 beneficiaries being supported as part of their rural Cumbria outreach programmes. They have an average of 68 members each day exercising at their base in Denton Holme, Carlisle.

A recent survey of members found that 84% of members had overcome some or all of their fears about exercising thanks to attending sessions, and 69% have improved mental health conditions and 74% have improved their physical health.
A staggering 92% said they have made at least one friend through their involvement with the organisation.

The school has an incredible sports curriculum and is proud to have been awarded the Gold School Games Mark Accreditation for their sporting provision, recognising the commitment and effort the school dedicates to its curriculum and the daily three hour after school provision, which consists of offering 18 different sports throughout the academic year.

The 2019 sporting calendar proved to be the greatest year yet for the school, they won gold at Cumbria School Games, qualifying in gymnastics, tri-golf, hockey, athletics, orienteering and netball across multiple age groups. The school also competed in the National Cross Country Championships, the British National Gymnastics Championships and the Borders and North of England Hockey Championships. Their provision is inclusive for all pupils, and all year groups are truly dedicated to their sport and the effort, commitment and positive attitude needed to compete at these levels are celebrated throughout the year.

Three Rising Star Awards were made to talented athletes who have demonstrated their potential through their achievements during the year.

The first Rising Star was awarded to Elliott Woodburn from Kendal, who is excelling in the sport of Swimming.

At the County championships earlier this year, he won every event he entered, winning 13 events ranging from short 50 meter sprints to much longer 800 meter swims. Many of these resulting in new County records. In May, he was crowned Regional Champion in 4 events, and took silver in 2 further events.

The second Rising Star went to Esmeè Holgate from the ultra-competitive world of Judo.

The third rising star award went to Lily Kinnersley from Carlisle, who is excelling in her chosen sport of Competitive Climbing.

She also represented Team GB at the Flatlander International Event in Arnhem, Holland, where she was crowned Lead, Bolder and Combined Champion.

Another one with a bright future, who hopes to represent Team GB at the 2024 Olympic Games.

“The Awards were a superb event and an excellent opportunity to celebrate the enormous effort and talents of the sporting stars of Cumbria. We had some great nominations for the awards this year, and I know that our judging panel had a real task to choose all of the deserving winners. It just goes to show what great talent and dedication to sport that we have in the county. The support of the media, and our headline and category sponsors continue to make these awards a massive success, acknowledging the quality of our major sports performers and our emerging talent, as well as recognising the very important role played by the army of volunteers and coaches in Cumbria”.