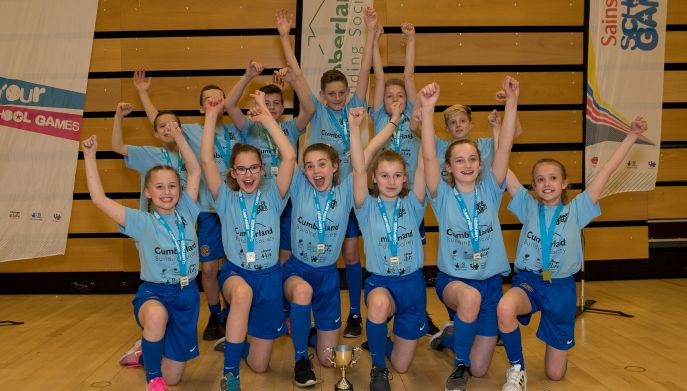 Months of practise, determination and sporting achievement culminated together in three spectacular finals at the Spring Cumbria School Games in Penrith, with over 430 children taking part in the events. Schools came from across Cumbria to represent their district after having qualified through Intra and Inter school competitions organised by their local School Games Organisers.

"The event was a huge success growing from three teams in 2016 to six this year. The standard was fantastic but the biggest success of all was the engagement of individuals who are otherwise disengaged from physical activity. The smiles on their faces and willingness to get involved in the sport were incredible. This is a very important programme in terms of growing sports participation in Cumbria. Thanks to Active Cumbria and all sponsors for enabling this opportunity to happen".

“I have been so amazed at the positive response from our students, most with profound learning difficulties including autism, who have become involved with the tag rugby. Some of those who attended the training and competition last year really struggled and couldn't join in full games and often said they 'couldn't do it' or 'it was too hard'

The continued training from the RFU this year has made a huge difference; the students were all so excited for the competition and coped really well. They all worked together as a team and those who said they couldn't do it last year were eagerly helping the new students who hadn't played before and they were taking pride in the game.

Many of them said it was the best day ever and it has massively improved their confidence, knowledge and experience of team building and sportsmanship - something they really struggle with normally” 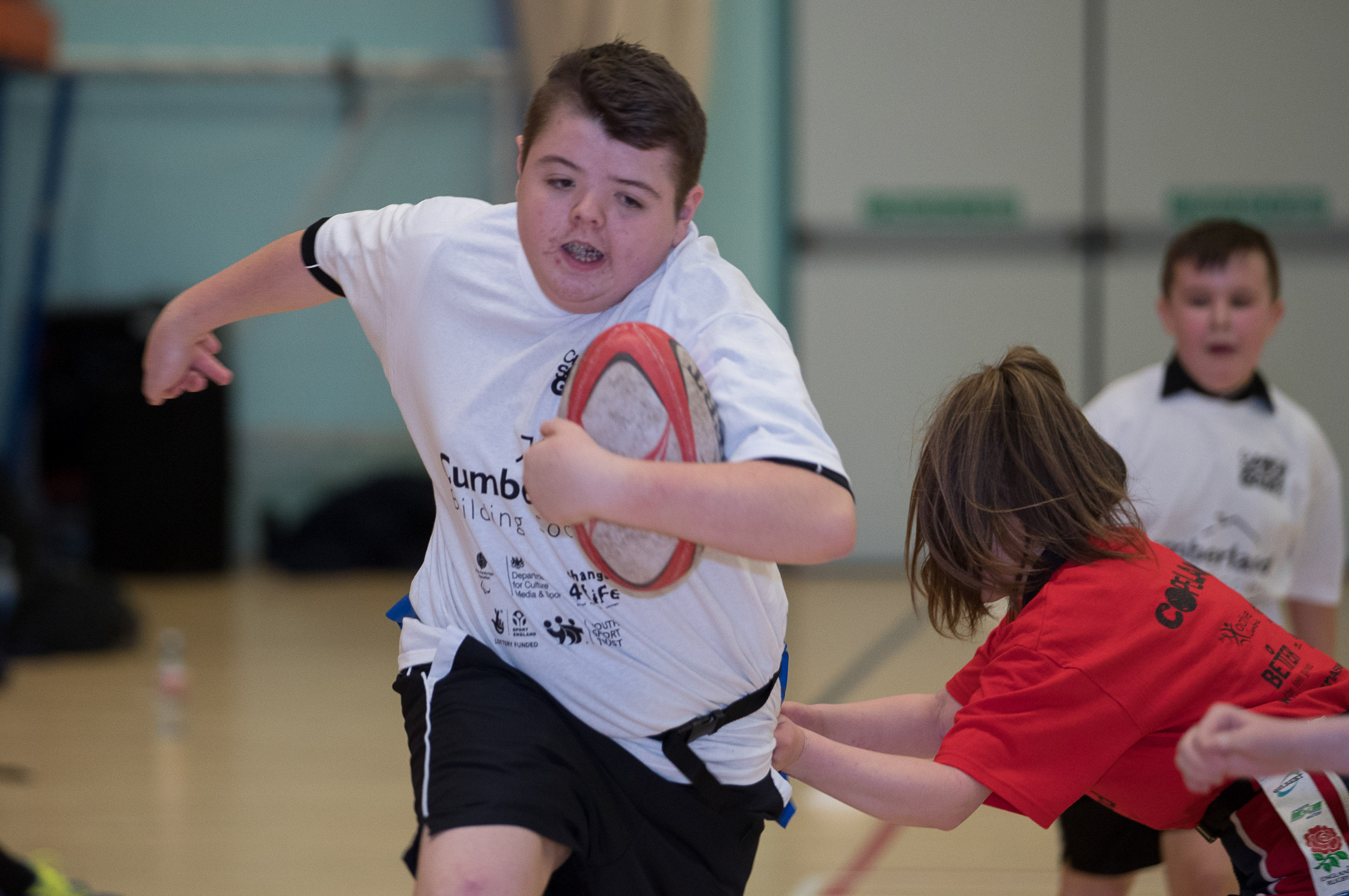 The atmosphere was electric for the Sportshall final, with all school teams cheering and encouraging their athletes on whilst they tackle the exciting relay races and challenging field events. The event was supported by 15 young leaders from Lakes College, West Cumbria who officiated and judged the event.

“Thank you to everyone at the Cumbria School Games, it’s a great event for the children and a privilege to be there. All the children competed within the spirit of the games and supported each other. Our children supported not only our team but the rest of the Eden team from Shap, recognising that it’s also a district competition. The spirit of the School Games provides such a supportive and enthusiastic atmosphere, we couldn’t have asked for anything else.”

Adam Burgess from Sportshall Associates Limited, who provide the programme on behalf of England Athletics said:

“The children were excellent at the Games, a credit to their schools. They were committed, well behaved and supportive of all of the teams taking part. We deliver Sportshall Athletics all around the Country and it is always a pleasure to work in Cumbria and deliver the School Games finals event”.

“Once again this was a really well organised event which gives young people every chance to have fun thorough sport and show off their skills. The event was a fantastic opportunity for our students to apply the theory learned in the classroom to a real life event where they must interact with young people manage an event and coach improvement.” 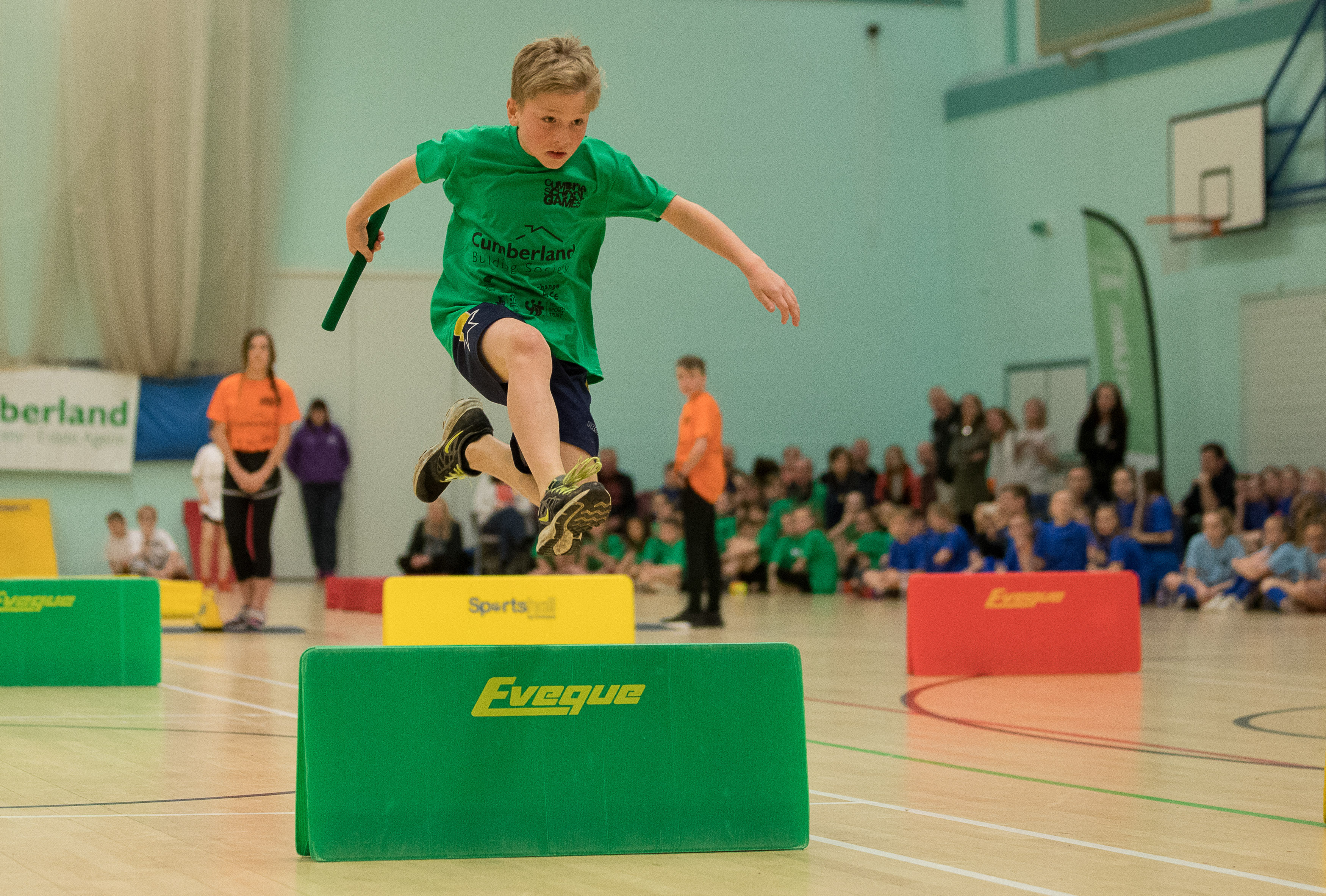 The gymnastics finals comprises of six competitions for ranges in ability and school size, the competitions are split into Key Steps Gymnastics 1, 2 and 3 in Small schools and Key Steps Gymnastics 1,2, and 3 in Large schools. The finals were supported by 30 Young Leaders from Caldew School in Carlisle, whom have received accredited training prior to the event to give them the skills to undertake such tasks as team management, score keeping, and officiating.

Team Carlisle took a sweep at the finals, winning four out of six of the competitions.

Howard Todd, Director at the English Gymnastics Association and facilitator for the competition, said:

“The exceptional standards seen at the Level 3 Games Final this year is testimony to the hard work that goes on in schools across Cumbria day-by-day. This competition with in excess of 1,500 primary age pupils taking part is probably the largest of its type in the UK.   To quote: “Fine timber does not grow with ease, the stronger the wind, the stronger the trees.”

“The hard work put in by Cumbria Schools Gymnastics Association and the local School Games Organisers was evident throughout and the whole competition was exciting, making for an enjoyable day. All of the young people involved gave some really great performances and it was great to see the first Cumbria School Games medals handed out to teams across the county”. 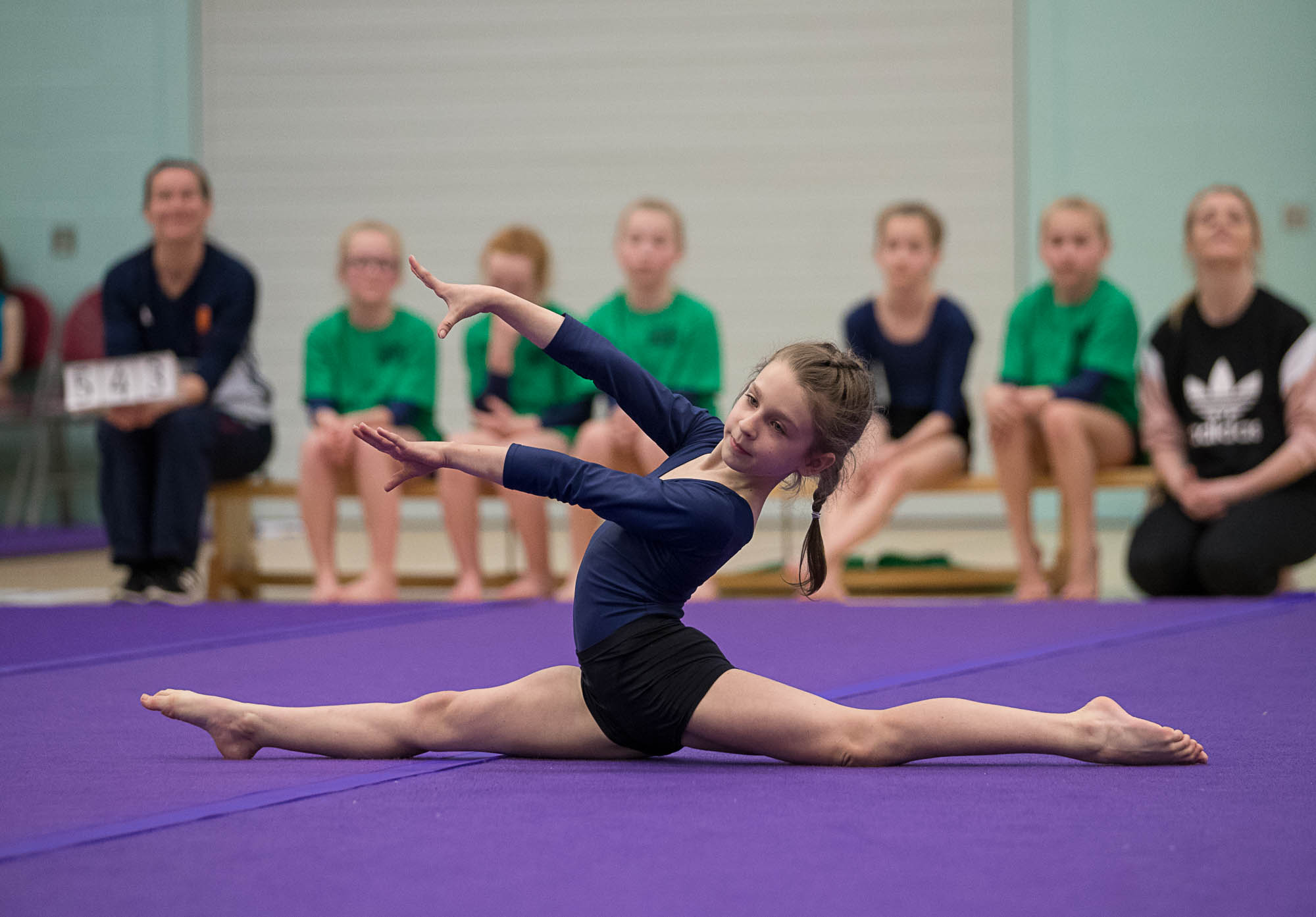