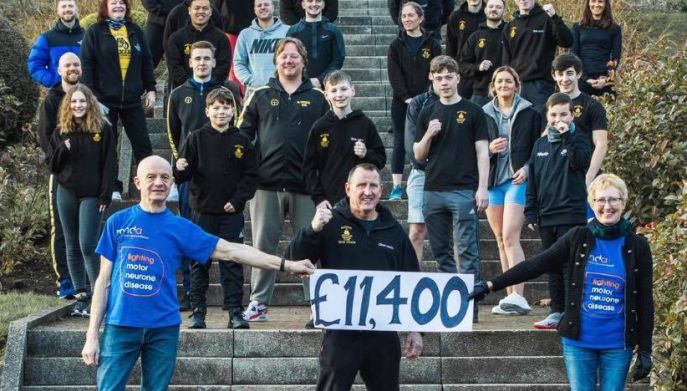 A fantastic fund-raising effort by the Furness sporting community made it a Happy New Year for a local charity.

Led by the efforts of Barrow Amateur Boxing Club, the combined effort amassed £11,425 for Furness Motor Neurone Disease.
The fund-raising drive was inspired by former Leeds Rhinos scrum half Rob Burrow, MBE, whose battle with motor neurone disease has struck a chord throughout rugby league and the wider sporting world, resulting in more than £2m being raised for the Motor Neurone Disease Association.

This amazing response has been mirrored locally, with Barrow ABC and several local amateur rugby league clubs uniting to the cause.

Traditionally Barrow ABC’s annual show has raised thousands of pounds for local charities. But with the 2020 show being cancelled because of coronavirus, Brook Street head coach Jeff Moses tasked his boxers with an alternative challenge to keep fit during lockdown, and linked up with Active Cumbria to support Furness MND.

Moses explained: “We put together a fitness programme during lockdown with an added incentive of who could complete the challenge in the fastest time when lockdown ended.

“The boxers were given sponsorship forms and t-shirts and they raised lots of money.  “Jackson Newby, who is ten-years-old, raised £1,325 on his own which is brilliant.

“There was a fantastic response throughout the area. Harley Davidson donated £500. Rugby clubs also got involved, with Hindpool first and then Walney, Ulverston, Barrow Island and Roose Pioneers.”

Emma Broadbent of Active Cumbria said: “Mental Health for many local people has been low as people are unable to see friends/family members, plus with raised tensions in family homes, this challenge created great escapism from these stresses and helped improve people’s mental and physical well-being.”

Angie Fullard of MND said; “On behalf of everyone at Furness Motor Neurone Disease, we’d like to thank Barrow ABC for the amazing fundraising event. The difference this funding will make to local people who are suffering from MND’s lives, is huge. Jeff has also helped raise the profile of Furness MND within our community, and we thank him for all his support, what a wonderful club.”
The challenge winners were: juniors Ryan Smith, 2nd Jackson Newby, Kyle Redhead. junior female: Tia Mullen. Female: Li Cairns. Male: Jeff Moses 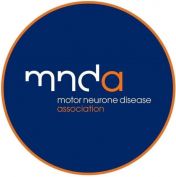