Active Lives Results, Cumbria on par with the rest of England 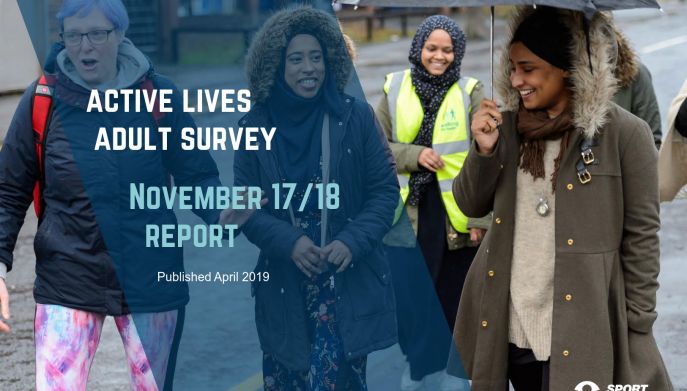 New data released by Sport England is showing that Cumbria is on par with the rest of England when it comes to adult participation rates in sport & physical activity. However the data reveals vast differences in the activity levels in the different local areas of the county.

Levels of Inactivity in Cumbria
The data shows that 105,300 people in Cumbria are identified as being ‘inactive’ – this means that they are achieving less than 30 minutes per week of moderate physical activity i.e. raising your heart rate and getting a little out of breath.

Figures show that adults aged 16 and over in Allerdale, Eden and South Lakeland are more active compared to those in Barrow, Carlisle and Copeland, where the levels of inactivity are high compared to the national average.

The data also shows that 67,500 people across Cumbria are volunteering to support sport and physical activity in the county. Volunteering is particularly high in Allerdale and Barrow compared to the national figure of 14%.

The National Picture
The results of the survey based on 180,000 members of the public across England show specific increases in the number of active women, meaning the gender gap between numbers of men and women who are physically active is continuing to narrow.

Figures also show an increase in the number of disabled people and those with long-term health conditions classed as active. This is the first increase in this category since the 2012 Olympic & Paralympic Games – with gym sessions showing the biggest growth in the type of activity that people with disabilities are enjoying.

Sport England also reports that retired people are getting active, leading to a decrease in the number of adults aged 55+ classed as inactive, and getting active later in life can bring great benefits to quality of life later on.
The survey also shows that the activity habits of the nation continue to change:

“These results show that sport and physical activity still isn’t appealing to everyone.
“It isn’t right or fair that people on a low income, women and black and South Asian people are still less likely to be active. We’re working hard to address that across all of our programmes, with a new stage of the This Girl Can campaign, Fit Got Real, just one example.

“We urge all sport and physical activity providers to think about the practical steps they can take to make their sports more welcoming and inclusive to all.

“People are gravitating towards activities that can fit into their busy lives, that are enjoyable and where ability doesn’t have to matter.

“The fact that traditional sports participation isn’t growing is worrying considering their importance in the fabric of the nation and the positive social and community benefits they can bring.

“The nation’s activity habits are changing. The sports sector must become more demand-led as a result.

“We must ask how our sports can offer consumers the convenience they seek and offer activities that are enjoyable, affordable and accessible.”

“The levels of inactivity in Cumbria continue to be a worry, but we as a county are not alone. At Active Cumbria we are working hard to engage organisations working with those people that are more likely to be inactive. We’re advocating the value of physical activity, and are working with many organisations to help their client groups become active. Its early days, but we are starting to see the benefits of this work in new programmes and activities we are setting up across the county.

We are also rolling out a countywide Walking for Health Scheme, funded by Cumbria County Council, which will see an army of walk leaders create new Walking for Health Groups in all corners of the County, providing new opportunities for previously inactive individuals.

Through our ‘Workforce Plan’ we’re working with a vast range of partners to deliver sport and physical activity differently – in a more engaging way focussing on providing positive experiences that will attract new people into sport and activity – and keep them coming back.”

To find out more about Active Lives go to www.activecumbria.org/insight