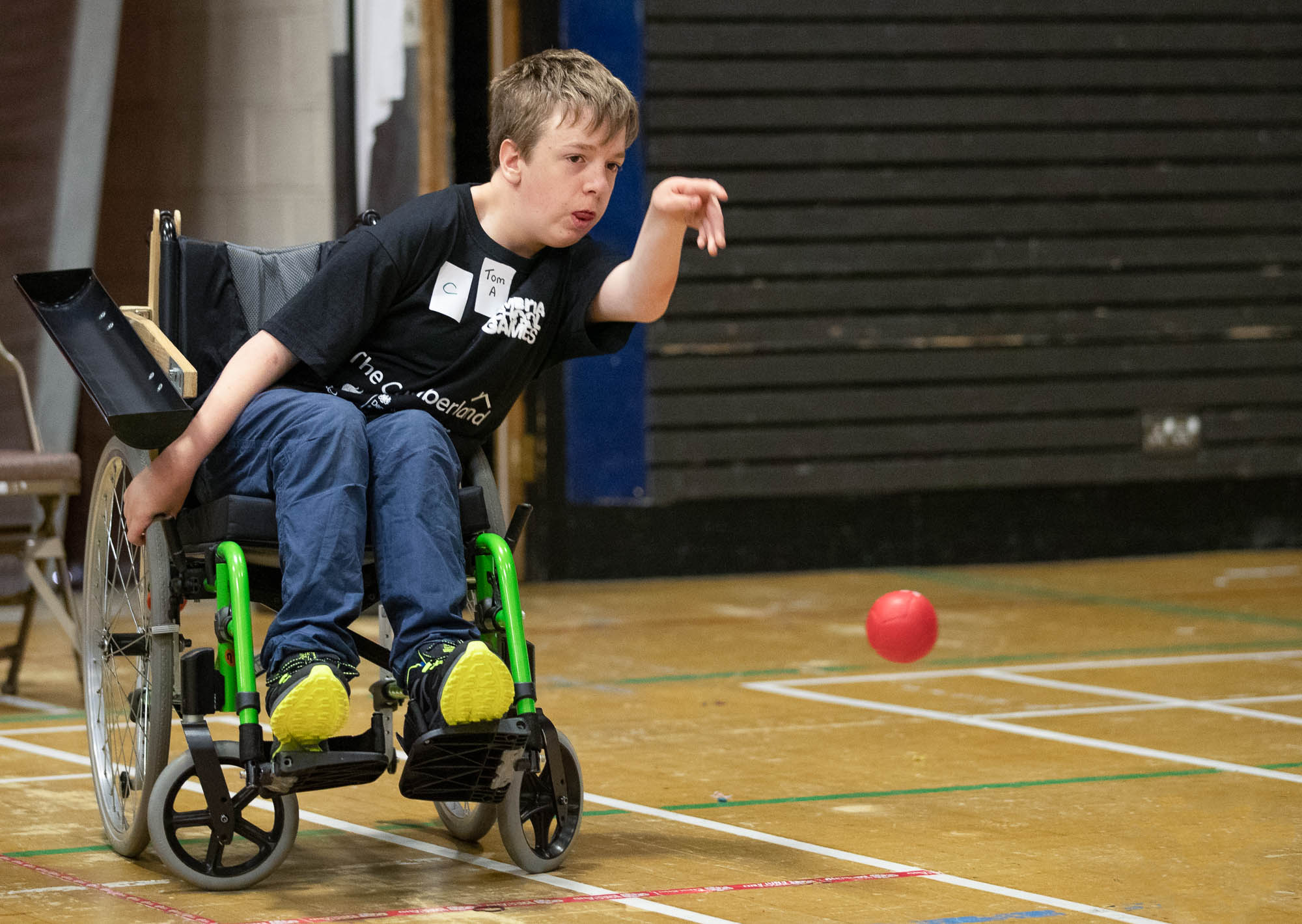 Boccia is a non–contact driven sport which relies upon skill and subtlety of the player rather than their size, speed and strength. A ball can be propelled by rolling, throwing or kicking. If a player is unable to throw or kick it, they can use a ‘ramp’ (assistive device). If they are unable to release the ball with their hands players can use a head pointer.

Cancellation Policy: In the event that the competition has to be cancelled due to extreme weather conditions the event organisers will inform the team managers no later than lunch time the day prior to the event. No alternative date will be arranged.

Team / Squad size: The competition is for the school team that is successful in their retrospective Level 2 competitions. All players must have at least one or more of the following disabilities / impairments:

Teams must include a minimum of 3 Players and a maximum of 6 Players per Team. (3 players plus 3 substitutes)

A minimum of 1 player in each team must fit within one of the four Boccia ‘Classes’. For more info visit https://bocciaengland.org.uk/boccia/classifications/

Players from more than one school in a district may form one team if required.

Transport arrangements: Teams participating at this event will be asked to make their own transport arrangements to and from the venue. The Cumbria LOC agree to pay schools either the cost of the transport or mileage at a rate of 45 pence per mile to the county event. For more information regarding transport costs, please contact michelle.young@cumbria.gov.uk.

Welfare: All competing teams will receive a copy of the event welfare plan prior to the event. The plan will outline clear lines of communication for any welfare issues and provide clarification of roles, responsibilities and procedures that should be followed should an incident or accident occur.

Event Format: Boccia 12s (the official shortened version of Boccia). The competition will be run as a Round Robin.

Before the First End

Pathways: The performance pathway for Boccia leading to the Paralympics is only open to those players who meet the criteria of the international classification for the sport.

There are four ‘Boccia Classes’ so have a look and see which one describes your ability best. There are also playing opportunities for those players who do not fit into these classifications. For more information visit https://bocciaengland.org.uk/players/

Additional information: On the Boccia England website there are various resources available to download, to help you play or administer the game of Boccia. Visit https://bocciaengland.org.uk/boccia/rules/

Whats New? This event will retain its traditional format

- Young Leaders (with the support of the Sport lead) to award points around the three objective values stated for Teamwork.

- The team with the most value points will be awarded certificates.