Home   About Us   The Team   A Tribute to Becky Underwood

A Tribute to Becky Underwood

It is with great sadness that we share the news of the passing of Becky Underwood on Sunday 28th February 2021 at the age of 48 years.  Becky had been in the Cumberland Infirmary for a couple of weeks suffering with COVID pneumonia.

Becky was a fantastic member of the Active Cumbria team, but more importantly a genuinely wonderful, kind and generous human being who would be willing to do anything for anyone.

Becky had worked for Active Cumbria, and formally Cumbria Sport as we were previously known, for just over 19 years. She was initially employed as an administrator, but quickly moved to the role of Development Officer leading on a national young volunteer programme called ‘Step into Sport’. Throughout the many years of the programme Becky supported hundreds of young people into volunteering and leadership roles in sport, many of whom went on to have careers of their own in the sector. It was clear even in those early days that Becky had a particular way with people and took a real personal interest in them, which quite often developed into close friendship.

Becky was also instrumental in rolling out the London 2012 legacy programme ‘Sport Makers’ across the county, supporting the recruitment of local volunteers to deliver activity in communities as part of the London 2012 Olympic and Paralympic Games. Becky’s kindness and thoughtfulness were very evident by the number of successful nominations she put forward for local people to become 2012 Torch Bearers. Our very own Aileen Grant, Development Officer, was one such individual that Becky nominated for the last leg in Scotland! Aileen treasures that memory and Becky’s passing will only strengthen that fond memory further.

One of Becky’s strengths was her versatility, and her willingness to take on new roles and challenges, over the years she led on numerous different work areas, which included: -

In more recent years Becky took on the role to support the Eden locality. This saw her work closely with many partners in the Eden area to help more people become active. Becky relished this element of her role, which brought her to work alongside others with the shared purpose of supporting their local communities.

Becky was also our lead officer for PE & School Sport in which she helped facilitate the PE Networks operating across the county, providing needs led CPD for teachers and school-based staff and opportunities to share good practice and knowledge. The role also involved engaging schools as part of the national Active Lives Children and Young People’s Survey, and more latterly in supporting 15 secondary schools to re-open their sports facilities to their pupils and wider communities out of school hours.

As well as working across Cumbria, Becky also contributed further afield, sitting on many regional and national working groups and committees over the years alongside colleagues at Sport England, Youth Sport Trust, Active Partnerships National Team, and many other active partnerships. Her personable approach coupled with her wealth of knowledge making her a valued member of these groups.

Becky was a warm, fun-loving, compassionate, and caring person, who would most often be found with a smile on her face, cheering people with her positivity. She could also be self-deprecating, as well as accident prone, and would often be the first to laugh at herself when she had either taken a tumble, accidentally cut herself with scissors, or had some other mishap. Her humour will be greatly missed. As will her charitable side, Becky was always ready to encourage the Team to support Comic Relief or Sports Relief with a cake sale, quiz or other fundraising idea, but she was also happy to donate when other colleagues were taking on charitable endeavours.

The Active Cumbria Team and the wide network of partners that had the pleasure to work with Becky have been deeply shocked and saddened by Becky’s passing. Our condolences go to Becky’s husband Mark, family members and close friends. A collection in Becky’s memory will be made, supporting two charities close to her heart, these being Asthma UK, and the Reading Agency, and donations to these can be made via the links below.

The family have asked for their privacy to be respected and will be making no further comment at this sad time. They have also requested no further media coverage of this tragic event. 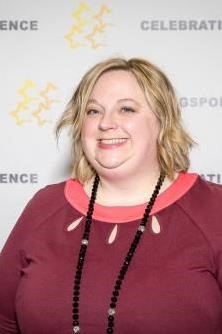